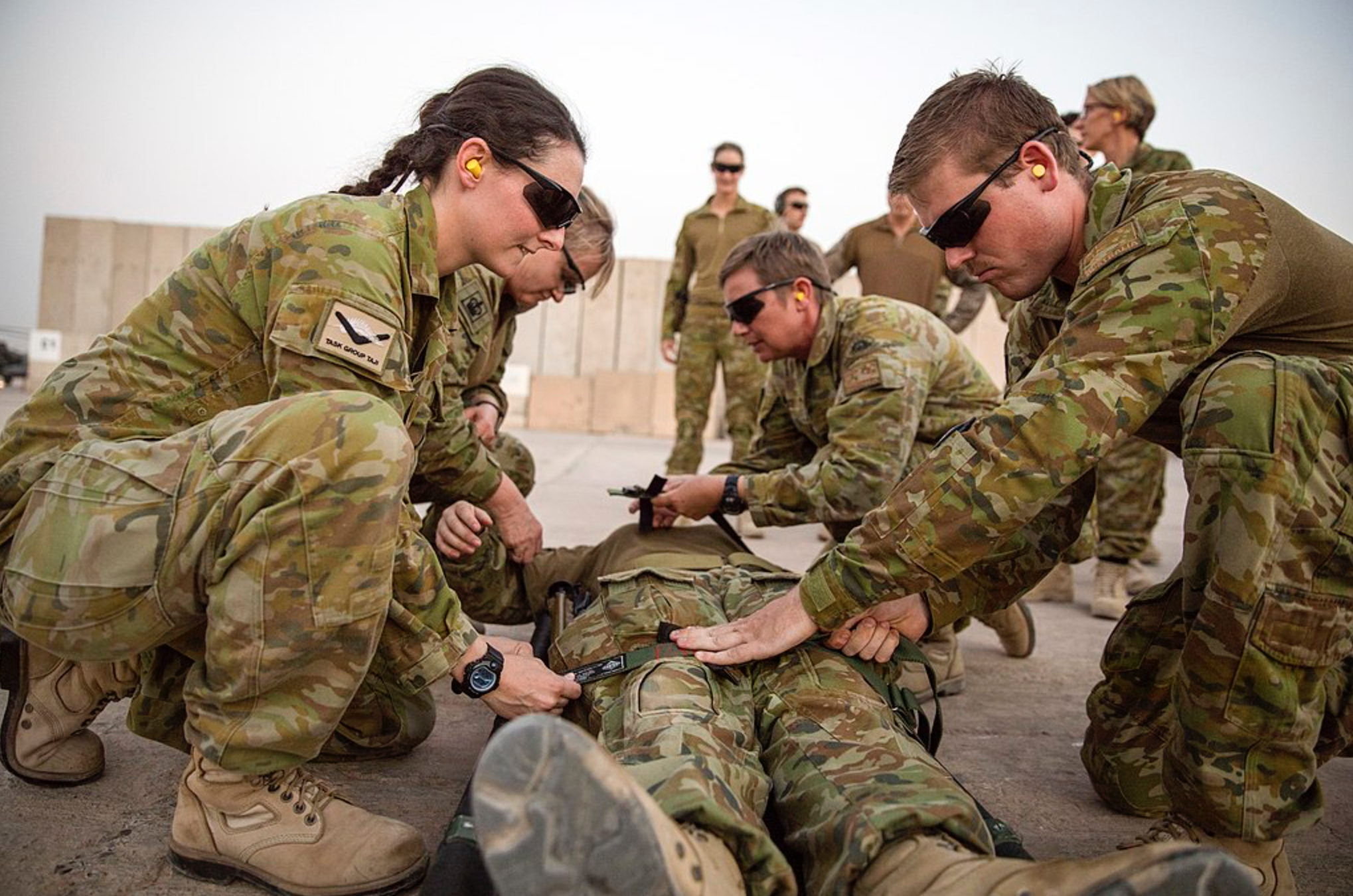 Immediately after the US drone assassination of Iran’s visiting senior general, Qassem Soleimani, the Iraqi Parliament voted to expel all foreign forces. This includes some 5,000 Americans along with more than 300 Australians.

If President Trump gave his allies any forewarning of this act of war against both Iraq and Iran, neither the UK, France, Canada, nor Australia have admitted it. Even his own general in Iraq didn’t know, for he had just written to the host government anticipating withdrawal of US troops. The poor man must now be sending a letter about the dispatch of thousands more.

War is clearly the last thing the Morrison government needs, beset by a national bushfire disaster in which it has been forced to mobilise the ADF and reserves. The government’s budget surplus is already blown. We have a window of opportunity to do as Canada has done, and suspend military operations in Iraq. While there is still time, the government should keep Australia out of a proxy war between the US and Iran in Iraq, and refuse to commit to an illegal war of aggression against Iran.

The despatch of HMAS Toowoomba to safeguard oil tankers in the Strait of Hormuz was announced with fanfare in August. Australia has no oil shipping there, and Toowoomba had not sailed before the current crisis. So much for its urgent contribution to our national security in the Strait of Hormuz. But it is set to leave this week.  Should it still be deployed? The situation has deteriorated markedly since that commitment was made and coalition military assets and personnel are at much greater risk of Iranian reprisals, including in transit. Australia, which has no reason to become involved in conflict with Iran, could delay or call off the departure of Toowoomba, pointing to the need to clarify strategy and rules of engagement.

Yet as always our government will do what the Americans want. It will presumably keep the Australian Defence Force, including special forces, in Iraq, in defiance of Iraq’s parliament, until the US, not Iraq, says they can leave.  Or until Trump can make up his mind.  It was he, as a presidential candidate, who promised an end to useless wars the US couldn’t win. To say he and the US are unreliable allies, as Malcolm Fraser did in 2014, is diplomatic understatement.  Our unquestioning collaboration with them is increasingly making Australia an international pariah.

We have been given no decent explanation as to why Australian forces remain in Iraq, at great taxpayer expense, after 17 years. Last November the Commander of Iraq’s School of Infantry Non-Commissioned Officer II  (SINCOII) announced that Iraq was taking ‘full responsibility‘ for training its own army brigades, yet the remnants of the ADF’s Task Group Taji, now in its fifth year, continued on to provide “mentoring, institutional advice and guidance.”   Australian surveillance and refuelling planes are still based in the Gulf, presumably to service US, Israeli and Saudi Arabia jets in Syria, as well as further RAAF missions in Iraq. But, again, we have no details about what purpose these ADF resources are serving in our name, and at our significant expense.

The war on terror that began in 2001 is the longest in Australia’s history and the latest in a long list of foreign conflicts in which we have joined the Americans, without much success. The current crisis threatens to morph into yet another one, which the Trump administration appears to want, for its own purposes. It promises to be equally disastrous.

Australia has no interests requiring military intervention on the Strait of Hormuz, Iran, or Iraq, where IS has all but collapsed. Former Army chief Peter Leahy argues that Australia’s priorities should be far closer to home. He warned last year before the current crisis that the Hormuz deployment poses a ”severe chance” of mission creep. If we deploy the frigate, and leave the troops in Iraq, any further confrontation, instigated by either the US or Iran, could easily end up involving Australia in yet another conflict with a country which does not threaten us. These deployments require urgent reconsideration in the new circumstances.

The government should state in Parliament what its intentions are for our troops in Iraq and for our naval mission in the Strait. Such information should not continue to be withheld from the Australian public. The Prime Minister should make clear to President Trump that Australia, which respects international law, will not join any illegal war against Iran, and that we do not regard the current situation as having anything to do with the ‘war on terror.’ The US always needs a coalition for war: if its allies refuse to join, war may be avoided.

Dr Alison Broinowski AM is an author and former Australian diplomat. She is Vice President of Australians for War Powers Reform.