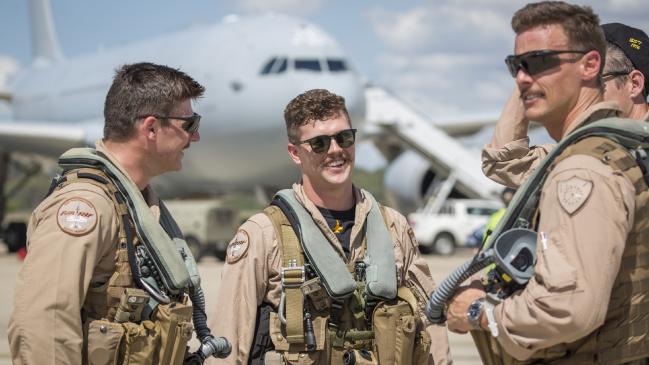 Today’s (2 March 2018) analysis by Chris Ray in The Australian explains Australia’s withdrawal of RAAF Super Hornets from Syria early this year, but not the continuing presence of the air-to-air refuelling aircraft and an E7-A Wedgetail airborne early warning and control aircraft, and associated personnel.

Nor does it explain why the ARF and Special Forces are still needed on the ground in Iraq, if IS has been defeated, as the Iraqi Prime Minister says.

It doesn’t offer an alternative to the Western mainstream media account of events in Ghouta either, where the Syrian army is trying to eliminate the remaining rebels (IS/al-Qaeda affiliates) who are being supported by the US and its allies.

Nor does Ray’s article mention the notorious White Helmets, a Western-financed operation whose record in falsifying images and stories has been documented by Professor Tim Anderson of the University of Sydney.

As long as our government and our media refuse to reveal the truth, we will be collectively responsible for these war crimes.