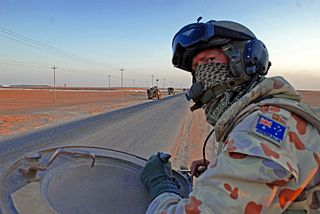 Pleasingly, Dr Bergin acknowledged that parliamentarians are under-utilised in matters of national security, and he contributed useful ideas, especially for enhancing the use of parliamentary committees. He also made the valuable observation (during question time) that as a nation we’ve spent more time discussing World War 1 commemoration than the current wars in which we are engaged.

However, there were also some big omissions from Dr Bergin’s lecture. The most significant and astonishing of these being the very event that led to current civil society pressure for war powers reform: the catastrophic decision by one person, PM John Howard, for Australia to join the illegal 2003 invasion of Iraq. Most astonishing of all was that during his lecture Dr Bergin stated that he couldn’t think of a single instance where parliamentary debate and vote on a proposal for war would have made any difference to the outcome. Here’s a possibility: In 2003 the Opposition, under Labor leader Simon Crean, opposed the decision to go to war in Iraq, and the Government did not have a majority in the Senate. It would seem, in this instance, that a radically different outcome was entirely possible. At the time, Crean said that Howard’s decision was unnecessary, reckless and against Australia’s national interests. Those words do not indicate an Opposition that would have offered bipartisan support for a path that was indeed reckless and against our interests.

Dr Bergin also repeated the tired old canard about micro-parties in the Senate holding up a decision. Plainly, in instances where the government and the opposition agree that the country must go to war (unlike the situation in 2003), the views of minor parties and independents become irrelevant to the outcome. If the government cannot persuade the opposition that Australia must go to war, particularly in these days of mortal fear of being labelled ‘soft on terrorism’, then the case for going to war is likely to be flimsy.

Dr Bergin raised the issue of which types of deployments might require parliamentary approval under any reformed system. For example, would peacekeeping missions need approval? This question is important, yet there is nothing difficult about it, despite our complicated world with its changing circumstances to which Dr Bergin referred. War powers legislation would simply address such issues.

A further misleading claim put forward by Dr Bergin was that “governments need the capacity to react quickly to events” and that the involvement of parliament could hamper their ability to do so. An opinion piece in The Australian on 8 September 2014 by former PM Malcolm Fraser and former Secretary to the Department of Defence (and AWPR President) Paul Barratt, stated, “Apart from the Ready Reaction Force at Townsville, most combat elements of the ADF are held at a low state of readiness. Quite properly, most units are not maintained in a battle-ready state, and before they can be deployed a major investment in both personnel training and materiel is required in order to bring them up to the required standard. Preparation of a brigade group for deployment to East Timor took six months and hundreds of millions of dollars.” In other words, there is time for parliament to talk.

The claim is often made, and was repeated by Dr Bergin, that decisions for war are among the most carefully considered a government can make. While history does not support the notion that such decisions are exhaustively scrutinised, it is worth drawing attention to one aspect that appears to be almost totally disregarded: the human impact of war, especially the impact on the people in whose lands we fight.

In November 2002, Medact, the UK affiliate of International Physicians for the Prevention of Nuclear War, released a report “Collateral Damage: The health and environmental costs of war on Iraq”, which accurately predicted disastrous health and other consequences if the planned invasion of Iraq took place. The Australian launch of the report was held in Parliament House and it received messages of support from General Peter Gration, former chief of the ADF, and others. The government remained silent. Little preparation was made for the provision of food, water, shelter, medical care and other requirements for the millions of injured and displaced people.

It is time Australia caught up with other democracies for whom parliamentary approval for going to war is neither too difficult nor too dangerous. If 2003 is any guide, the Australian people might then be more secure as a result, and people elsewhere immeasurably more so.