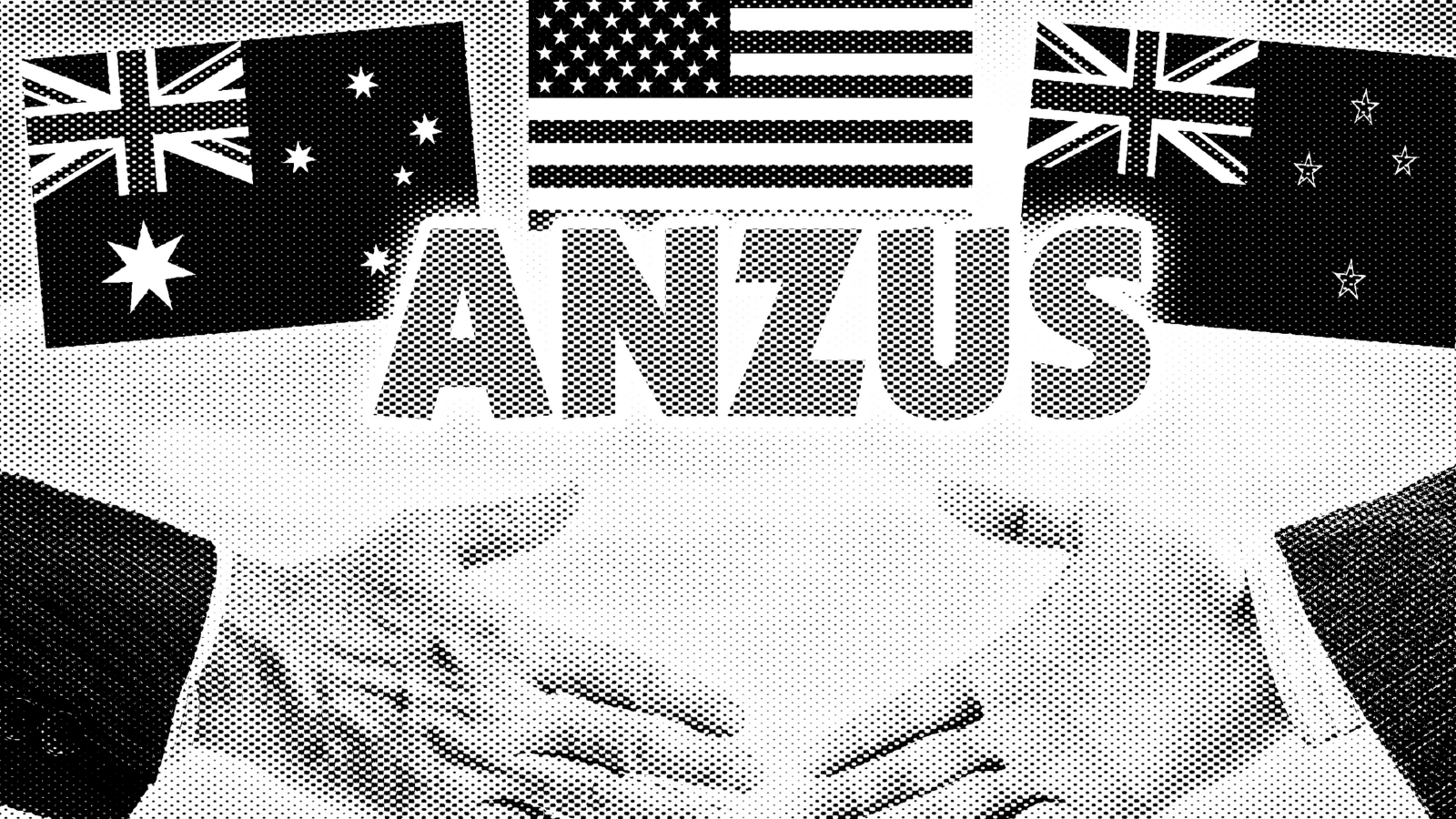 Earlier this year, talk of war was front and centre of political debate, with Australia’s leaders beating the drums of war over China. So it is apposite, on the 70th anniversary of the signing of the ANZUS Treaty, to revisit how it came into existence and scotch the widespread misinformation about what the Treaty demands of Australia.

It was the Australian government under Prime Minister Robert Menzies and External Affairs Minister Percy Spender, particularly, who sought in the late 1940s and early 1950s a close alliance relationship with the United States. The US were not all that keen; the Military in particular were disinclined to share their plans with a relatively minor power which at best might be a strategic convenience.

As the historian Peter Edwards has reminded us, that all powerful US General at the time, Douglas MacArthur, regarded Australia as a safe, land-based aircraft carrier but had asserted that merely holding similar democratic values, or the consanguinity of race, wasn’t enough, without strategic assets, to warrant a military guarantee to anyone.

Further uncertainty re-emerged in the region with the Communist Party’s victory in China in 1949, and when war broke out in Korea in 1950, with the north’s invasion of the south.

Both the US and Australia saw the potential of an alliance as being more than a strategic convenience. Both sought stability and security for a region that not many years before had been embroiled in the greatest military struggle ever seen in the Pacific area.

Although peace had been established with Japan neither the US nor Australia could assume it would endure unless it was anchored in a formal security structure for mutual cooperation. The ANZUS treaty was the result. Spender sought a treaty with a stronger commitment both ways, on the lines of NATO, but the US, again constrained by its military, limited the commitment to ‘consulting’ to meet a common danger in the event of an armed attack on either country within the Pacific region, not beyond.

In the case of Korea, Australia (through Spender) committed itself to the United Nations (de facto US) operation even before America did, acting on the authorising decision of the UN Security Council (Menzies was touring in the UK and the US at the time).

Australia certainly proved its worth in the Korean War, which ended with an armistice, not a peace treaty. While China was not a military threat at the time, it was politically and ideologically influential, especially in Southeast Asian countries, which harboured strong post-colonial resentments.

It is said that in the 70 or so years since the treaty, Australia’s anxiety to secure and retain a strong US military presence in the region has been the dominant determinant of Australian foreign policy. This explains why we have not only gone along with most US military engagements but have taken a lead in actively encouraging them – in Vietnam and even in more distant countries, including Afghanistan, Iraq, and Syria, regardless of whether the issue in these conflicts was in Australia’s own national interest.

The Alliance was repeatedly trotted out as a justification in itself, whereas according to the letter of the treaty there was no obligation to engage directly in these armed conflicts.

Three developments have made an Australian commitment to US wars inevitable and unavoidable.

One is the increasing interoperability and interconnectedness between US and Australian forces.

Another is the establishment and expansion of the US military presence in bases in the Northern Territory.

A third is the ‘joint intelligence’ facility at Pine Gap, whose functions now include war-fighting. These are under US control. Although the facility’s activities have been described in detail by several Australian authors, most Australians know very little about Pine Gap. Many appear to believe it is integral to ANZUS – which in treaty terms it is not. But if the US were to go to war with a major power, such as Russia or China, Australia would be implicated directly, and the bases would be targeted.

John Howard unilaterally extended the application of the treaty when he committed Australia to the ‘war on terror’ in Iraq and beyond in 2001.

Some Australians are calling for a review of the treaty, particularly in the light of repeated US misjudgements since Korea, not least in Vietnam, Iraq, and Syria, and in the Afghan debacle.

The Australian people are more informed about such matters now, or have the means of knowing about them in more depth than ever before.

With the relative decline of the US in our region do we feel less safe? Is there an alternative strategic arrangement to the US alliance? Or should Australia be prepared to stand on its own feet along with our neighbours?

The important thing is that, like Menzies and Spender in their time, we should make strategic decisions best fitting our circumstances and national interests. This requires a broad-based national discussion. Should Australia be faced with the necessity to engage in armed conflict abroad again, who should decide – the Prime Minister alone with the national security committee of Cabinet, or the Australian Parliament? As an absolute minimum, the public have a right to expect a debate, in which all its concerns, not least in relation to China, are considered and dealt with democratically.