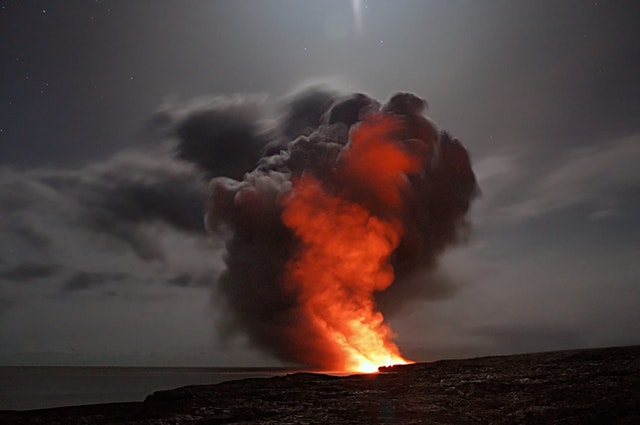 We hear a lot from our government about the “rules-based international order” and we would be the first to agree it is of fundamental importance. The rules-based order of which they speak is the system which was constructed after World War II to avoid a repetition of the “might is right” attitudes that prevailed in the 1930s, and the “beggar thy neighbour” trade policies that accompanied them and exacerbated the problems of that era. Central to that system is the United Nations Charter, the central principles of which are that the use of military force is only authorised either in direct defence of a country’s home territory or for the preservation of international peace and security, pursuant to a UN Security Council resolution.

As a substantial middle power, Australia has a strong interest in the rules-based system. We are not in a position to get our way by using or threatening to use military force, but we can often achieve beneficial outcomes by deft diplomacy based upon appeals to the rules.

The thing to remember about the international order is that it is not a rules-based system unless everyone is held to the same standards, and governments rely on the rules, not on military or economic might, in making their case. Accordingly, we should expect a government that attaches importance to the rules-based international order to apply the rules to all nations, without fear or favour, and to rely on those same rules in criticising the actions of other governments. We strengthen the rules-based system when we rely on it in our public discourse.

What, then, are we to make of the Australian Government’s silence in the face of the explosion that took place at the Iran Centrifuge Assembly Centre, located near the Natanz Pilot Fuel Enrichment Plant, on 2 July? In a 10 July article in the ASPI Strategist, Connor Dilleen, a former officer of DFAT and the Office of National Assessments, concludes:

The incident at Natanz clearly appears to have been a targeted attack by Israel on a key, but not critical, component of Iran’s nuclear program.

He goes on to speculate that the Natanz attack may plausibly be but one part of a broader Israeli strategy intended to bring a halt to Iran’s nuclear activities.

Israel has considerable form in carrying out this kind of attack. Between 2010 and 2012 Israeli agents murdered four Iranian nuclear scientists (more about this here). In 1981 it destroyed the Osirak Research Reactor in Iraq – an action which captured Iraqi Cabinet papers subsequently showed had triggered Saddam Hussein’s intent to acquire nuclear capability – and in 2007 it used military force to destroy the Al Kibar reactor in Syria. And of course there is the infamous US-Israeli Stuxnet attack on the centrifuges at Natanz.

These attacks cannot be justified by invoking a right of self-defence on behalf of Israel. The applicable standard in international law is the Caroline Test, based on a 19th century incident on the US-Canadian border: this test holds that “anticipatory self-defence” may be justified only in cases in which the “necessity of that self-defence is instant, overwhelming, and leaving no choice of means, and no moment for deliberation”.

So what do we make of Australian Government silence in the face of these unlawful uses of military force? The first thing to be said is that, to the extent that they are designed to prevent Iran from acquiring a nuclear weapons capability, they are a very poor substitute for the 2015 Joint Comprehensive Plan of Action with which the International Atomic Energy Agency found Iran to be fully compliant but from which the Trump Administration walked away in 2018 – and we should be making this point.

Furthermore, if we don’t apply the rules of international law to our friends, we weaken our case when we seek to apply them to our adversaries.

The situation doesn’t get any better when we examine the Australian Government’s public stances on China’s claims, and activities to establish them as facts on the ground, in the South China Sea. The strongest case we can make against China’s behaviour there – and one which being based on the applicable law sounds less strident or ideological – is that China, being a party to the UN Convention on the Law of the Sea (UNCLOS), cannot rely on historic claims (the so-called nine dash line) to uphold claims to territory or economic resources, where those traditional claims are in conflict with the UNCLOS rules for apportioning rights between neighbouring states. The Tribunal in the arbitration Philippines v. China declared that UNCLOS does not preserve any state’s claims to historic rights to living or non-living resources in the Exclusive Economic Zone (EEZ) or continental shelf of other states, nor to the Area and the high seas. Malcolm Turnbull relied on this judgement, and China’s refusal to abide by it, in his criticisms of China – but he was primarily concerned with the principle of abiding by the outcomes of international arbitration. Subsequent commentary has been more general in nature – see for example Marise Payne as reported in The Sydney Morning Herald, 23 April 2020.

A final point: one would expect any government that placed great store by a rules-based international order to be very mindful of its diplomatic heft. And yet we find that a government which is announcing that we are increasing our military capability is cutting the staff of the Department of Foreign Affairs and Trade, a department already under-resourced to the point where a Parliamentary Committee found we were “punching below our weight.”

By all means let us proclaim the virtues of an international rules-based order, but let us hold everyone, friend and foe alike, to those same rules, let us rely on them when we make a case against the actions of others, and let us equip our diplomatic service and the staff that supports it to contribute effectively to the important task of resolving international disputes by peaceful means.