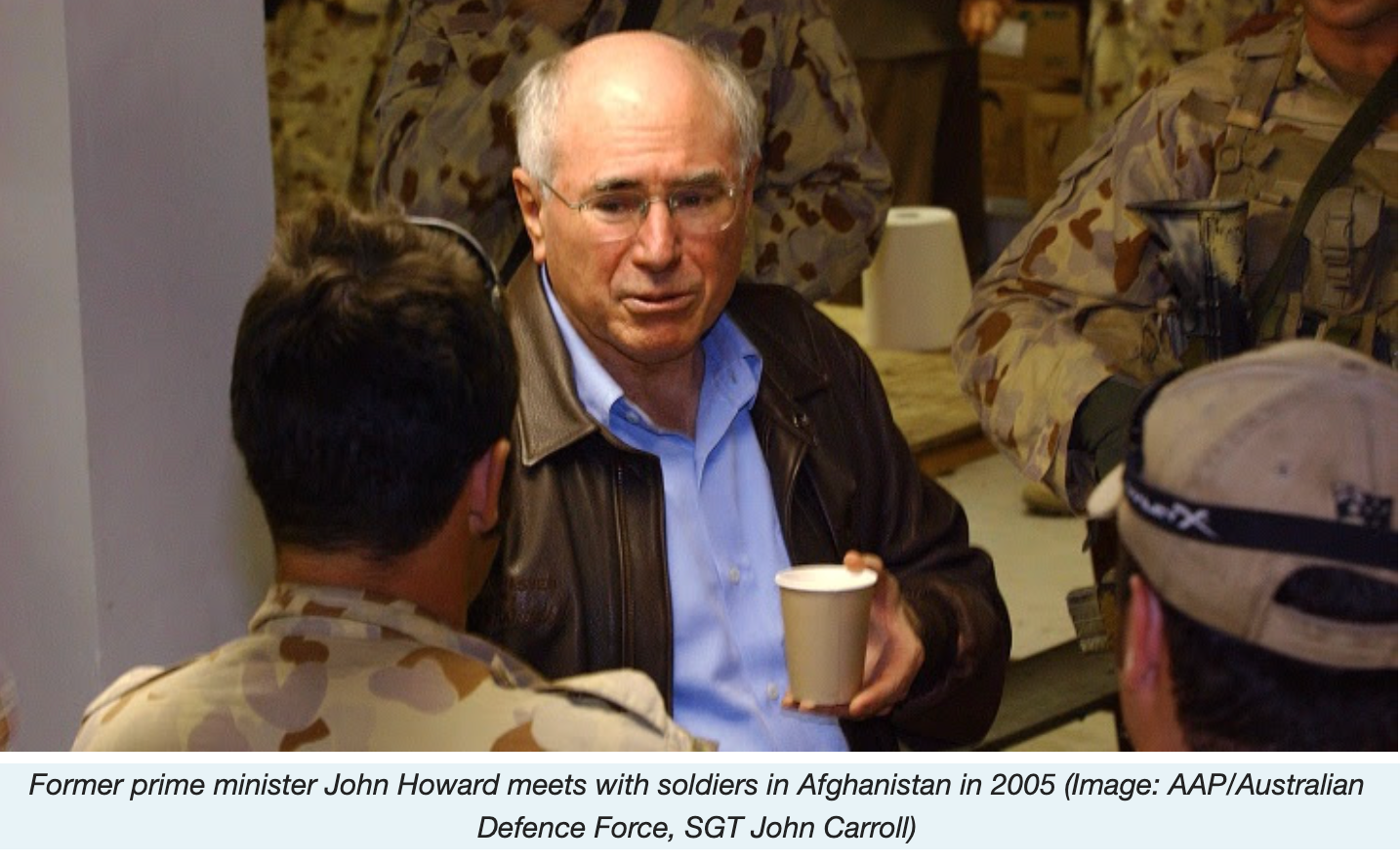 There is no stronger evidence of the need to completely overhaul how Australia goes to war than the tragedy unfolding in Afghanistan.

Yet former prime minister John Howard declares he would do it all again.

At present the power to take us to war lies solely in the hands of the prime minister, with the Parliament having no say whatsoever. But transparency and accountability to Parliament are critical if disasters like the Afghanistan war are not to be repeated.

Legislation is before the Senate to address once and for all this key issue of war powers, but both major parties are refusing to debate the bill. This is the third time since the war began that legislation has been introduced, with attempts in 2003 and 2014. Both times the Coalition and Labor opposed the bill.

Does anyone really believe Australians are served well by leaving the decision for the next war to the prime minister and a few members of his inner cabinet?

We need legislation to ensure that our elected representatives have a vote before any Australian forces are sent overseas again. Both houses of Parliament should debate the legality and purpose of any proposed war.

We also need rules that require parliamentary oversight as any war proceeds.

Australian governments have repeatedly lied to the nation about the progress of the war in Afghanistan. And look at what we have now. A potential bloodbath and a bleak future for the people of Afghanistan, in particular women.

Now we must stand by for the massive refugee flows and huge numbers of internally displaced civilians. Efforts to send assistance will be lucky to reach those who need it.

All of this was predictable. Wars that begin and end with no proper oversight are disastrous. Before the next one, we have lessons to learn.

Dr Alison Broinowski is a former diplomat and the acting president of Australians for War Powers Reform.