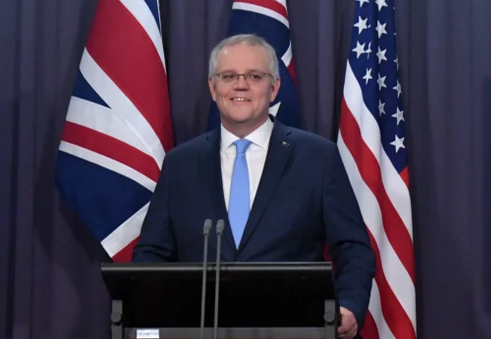 AWPR was established to ensure that the parliament not a prime minister determines which military conflicts Australia undertakes or gets involved in.

AUKUS has the capacity to make consideration by parliament of war like undertakings irrelevant.

The United States has indicated that it wishes to enhance its defence presence in Australia, particularly in the north, centred on Darwin.

There are plans to increase the capacity of Tindal air base in the Northern Territory in order to base more USAF planes in Australia. The facilities at HMAS Stirling near Fremantle are to be enhanced in order to enable the basing of US nuclear submarines. Two thousand five hundred marines are to be based in Darwin with speculation that figure might grow to six thousand. Pine Gap is being expanded. There may well be other undertakings that have yet to be leaked to the media.

Details relating to the AUKUS agreement, undertaking, proposal or whatever it is have not been made public. It is said that ADF forces will be integrated into US force structures to enhance AUKUS.

What is clear that the US intends to militarise the north of Australia to threaten and perhaps attack China. Any one of the acts of naval and air intimidation carried out by the US, Australia and other nations could mis-fire leading to a hostile exchange that might develop rapidly into war.

In these circumstances the Australian parliament would have no time to consider a response. Any reaction would be automatic and pre-planned.

Under the circumstances AUKUS might be regarded as preparation for war. As such all details relating to AUKUS, its command structure, equipment, deployment, proposed acquisitions, costs and financing should be brought before the Australian parliament for examination and debate.

Seeking to ensure that happens should be a mandate of AWPR.