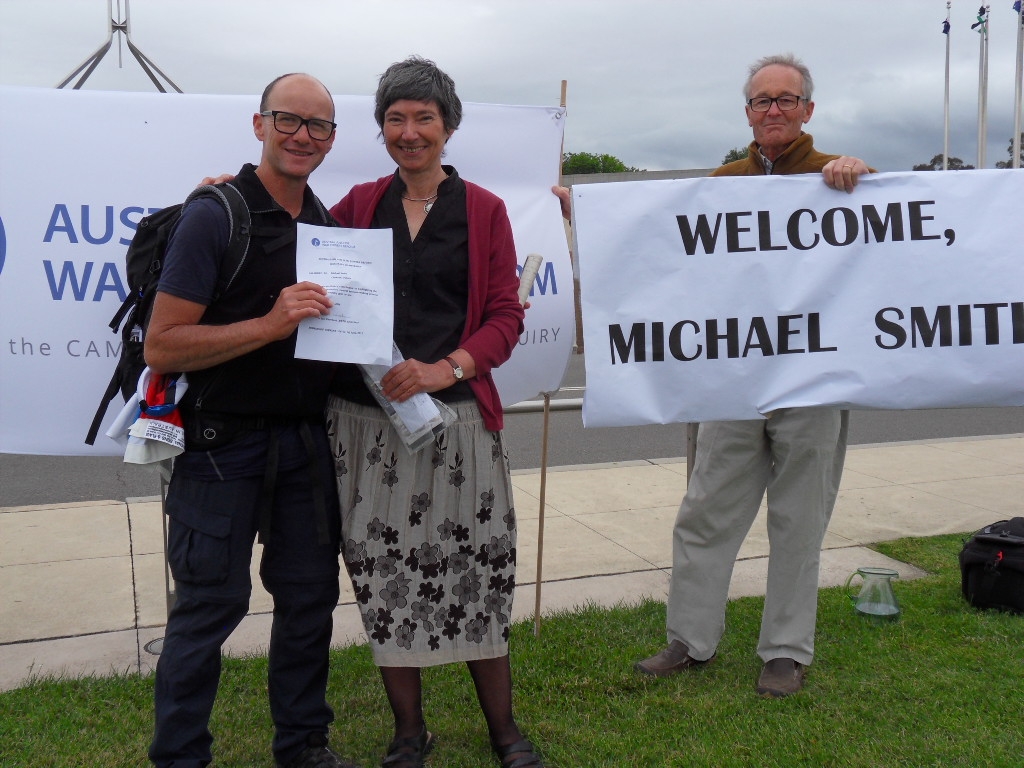 A group of supporters gathered at the top of the Parliament House lawns on Wednesday 23rd November to welcome Michael Smith, who had walked there from Chewton, near Castlemaine in Victoria; 650kms in one month. The purpose of his journey was to deliver draft war powers reform legislation to the Australian parliament. Michael is a journalist, has worked in the Kennett and Howard Governments, and is a singer and musical event manager.

It was dull and drizzly weather but Michael was fit and energetic after the trek. He had had no support crew, no media team, no tent, but simply relied on the support of people he met.

Michael spoke passionately to the gathering, saying that he had spoken with many people along his journey; everyone he spoke with assumed that parliament made a decision for war, and everyone of them thought that parliament should do so.

AWPR’s Sue Wareham spoke in reply, welcoming and congratulating him, and reinforcing his message about the need for war powers reform.

The Age: Greens and One Nation make strange bedfellows in the push for Parliament to approve war deployments

ABC: Victorian man to walk to Parliament with legislation that changes the way Australia goes to war