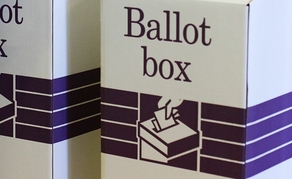 We are regularly told by politicians and community leaders that our system of democracy is not only one of the best in the world but that we should protect it and cherish it.

The idea that we each of us have an equal vote and elect a local MP to represent us is sacrosanct in our public discourse.

So then it’s particularly troubling to find that when our MPs and Senators are given an opportunity to support more democratic structures, many of them are silent.

Over the last month Michael West Media has been publishing a series of articles asking MPs and Senators their views on war powers reform.

The politicians were approached individually and asked if they believe that the parliament should decide if Australian troops are sent to another war, rather than the current system whereby the Prime Minister alone can make the call.

Very few are in favour of making this life and death decision more democratic.

Of the twenty six approached so far only seven support a more democratic approach and six of those are independents or from a smaller party.

The two major parties seem to like the current system which allows Scott Morrison alone to take us to war.

So far seven have simply refused to comment. Either they have no opinion or they are too scared to express their real views.

The series, written by journalist Tasha May, is ongoing and many more parliamentarians will be asked to take a position.

But on current trends it’s not looking good for democracy and transparency.

So is all this “we love democracy” and “we must cherish our democratic system” real or just lip service?

Have our pollies learnt nothing from our involvement in the disastrous 2003 Iraq invasion, which was essentially decided by one man, John Howard?

Hundreds of thousands of people died in that war and the geopolitical landscape in the Middle East was made much worse.

Two bright spots in the current series of articles comes from unexpected quarters.

Conservative independent MP Bob Katter fully supports war powers reform and made these comments: “The Americans have it right,” Mr Katter told Michael West Media. “The President has the right to act in the case of clear and present danger, but beyond clear and present danger, it’s up to Congress. In Australia, as in America, the decision should go back to legislature, the parliament.”

And one lone Labor MP decided to go against the current party policy and support reform.

WA MP Anne Aly says she supports a change saying Parliament should be consulted and approve before Australian troops are sent into armed conflict abroad.

The ALP has pledged that in its first term of government it would hold an inquiry into how we go to war.

This is a good first step but it doesn’t guarantee actual reform.

And finally the thumbs down must go to Labor front bencher Tanya Plibersek and Liberal MP Kevin Andrews.

Andrews took the idea of “no comment” to a new level by refusing to speak to the journalist at all.

Transparency clearly has a long way to go in this country.

For the latest updates on the Michael West series you can follow Tasha May on twitter or visit Michael West Media.