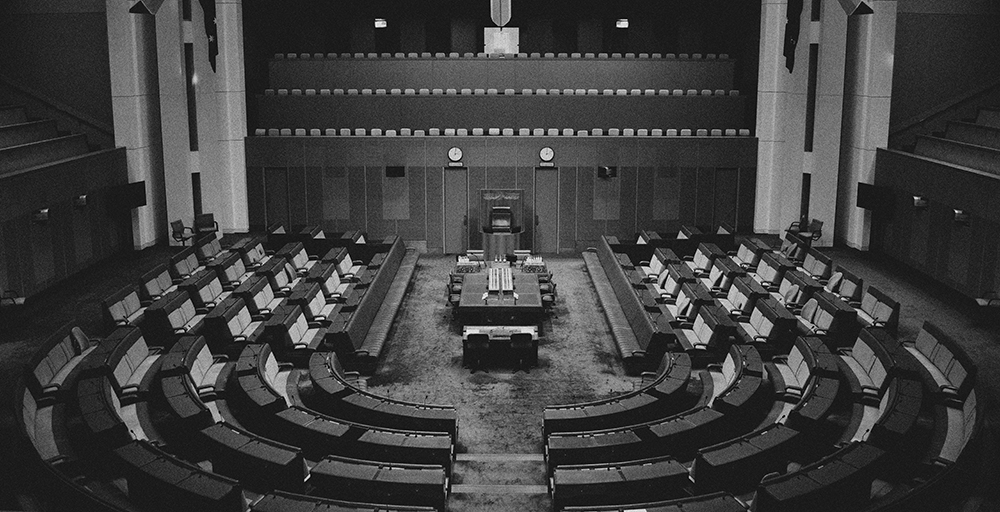 In July, Australian diplomats were under the spotlight but for the wrong reasons. The Department of Foreign Affairs and Trade (DFAT) announced it was cutting 60 positions in response to a reduction in its operating budget shortly after the government announced a $270b increase to defence spending.

Research published in Australian Foreign Affairs shows that the DFAT allocation is now just 1.3 per cent of the total Federal budget. Australia has fewer diplomats posted overseas today than 30 years ago, spread across a much more extensive network of countries. Australia spends roughly $28 billion per year on defence, but only $1 billion per year on diplomacy.

This systematic under-funding of DFAT has ‘run down Australia’s diplomatic capacity to the point that it is under-resourced to confront current foreign policy challenges’, Melbourne University’s Melissa Conley-Tyler reported in The Conversation. To maintain its influence, Australia would have to invest at least 1.5% of the Federal budget.

The cuts are not new. Australia’s diplomatic capacities have been steadily eroding under successive governments. The Lowy Institute’s Diplomatic Deficit report identified this trend in 2009 when Allan Gyngell, the founding director, said: ‘For Australia to do things in the world, it needs a number of assets. These include the instruments of foreign policy, including the overseas network of posts’.

Under Julie Bishop, DFAT re-absorbed AusAID in order to save funds, even as Australia’s spending on development assistance sank to its lowest level in decades. Items not traditionally counted as aid were included, such as the cost of keeping refugees and asylum seekers on offshore islands. Australia’s commitment while campaigning for the UN Security Council in 2012, to raise its aid expenditure to something approaching the levels achieved by Scandinavian countries, was broken even before the delegation took its seat. Australia once had a reputation as a ‘good international citizen’: now it looks more like a belligerent, selfish, climate change denier.

Diplomacy has never had a supportive domestic constituency in Australia, and governments who make the greatest use of it are traditionally Labor. Only when Australia had prime ministers with expertise and interest in foreign affairs, like Whitlam, Hawke, Keating, Rudd, and to some extent Fraser and Howard, was the foreign service well resourced. The influence formerly wielded by DFAT has migrated to the Prime Minister’s Department, Defence, the intelligence agencies and the national security establishment. Many Departments have representatives stationed in embassies abroad, which are merely managed by DFAT. Former diplomats now complain that the role of DFAT has been reduced to ‘process, not policy’.

The Australian public becomes aware of the role of diplomats in crises such as the Bali bombing, the MH17 crash, or the repatriation of Australians due to COVID-19. But it is in the nature of diplomatic work that much of it is not publicly reported. As Michael L’Estrange, former Secretary of DFAT, wrote of the role of a diplomat, “Little of it is easy. Most of it is unseen” (The Unseen Art).

The public in other countries are less aware now of Australia than ever. Radio Australia which once had a voice in twelve languages in the Asia Pacific region has been eroded to the point of inaudibility, and various efforts to diffuse Australian television to countries of importance to us have descended into irrelevance (Richard Broinowski, AIIA Outlook#). In a region where little is known about Australia, and much of that is negative, Australian diplomacy is failing to win friends, influence people, or promote our interests.

As so often, Australia is following the US example, and adopting its worst characteristics. Under the Trump administration, the State Department has been eviscerated, and the loss of expertise and detailed knowledge is evident. Diplomacy has consciously been sidelined in favour of force as a resolution of international disputes. The Pentagon has more lawyers and military bands have more members than State has diplomats. Multilateralism, long disparaged by the US, is now being used as a discretionary weapon when it suits – citing UNCLOS and human rights to China – while refusing recognition of UNCLOS itself, the Human Rights Council, the International Courts, UNESCO, WTO, WTA, TPP, JCPOA and other vitally important organisations and agreements, including those on climate change. The US refuses support for the ABM Treaty and the CTBT, while under Trump it has restarted the nuclear arms race. Meanwhile the US has more bases abroad than any nation or empire in world history.

Australia is a middle power, and international institutions and conventions are all we can rely on, with an unreliable and failing ally. We need to remember that while the US is so powerful that it may make a disastrous move and later shrug it off, a former Ambassador reminds Australians that we cannot. ‘If we seriously alienate China we could feel the repercussions for a long time. None of these issues have been debated in Australia (and with Parliament not sitting it’s hard to see how they can be)’. Geoff Miller, https://johnmenadue.com/geoff-miller-us-china-australia-what-are-we-getting-into/?mc_cid=a94336a0e6&mc_eid=a845ae636e. The possibility looms of China making an example of Australia, to show the pain it could cause the US if necessary.

The pandemic reaffirms the need for diplomatic, not military solutions to the world’s challenges. Australians share this understanding, but the government does not. The latest Lowy Poll of Australians’ views of the world identified the top five threats to Australia’s interests — drought, pandemics, global economic downturn, environmental disasters and climate change. If ever there was a need for reinforced and expanded Australian diplomacy, it is now.

In March this year The Commission for the Human Future in their report  Surviving and Thriving in the 21st Century – A discussion and Call to Action on Global Catastrophic Risk identified key risks, all of which require diplomatic responses from Australia and other countries. The report calls for a radical change in the way we think, so that humanity can shift from competition to collaboration. It states, ‘We need to know there are other ways to solve these threats than through political, military or economic conquest’.  Into the global maelstrom of the pandemic, the UN Secretary-General injected a similar plea for sense about militarism to prevail. Calling on member countries to ‘end the sickness of war and fight the disease that is ravaging our world’, Antonio Guterres on 23 March 2020 simply urged them to ‘stop the fighting everywhere, now’ (https://www.un.org/sg/en/content/sg/press-encounter/2020-03-23/transcript-of-the-secretary-generals-virtual-press-encounter-the-appeal-for-global-ceasefire) Pope Francis joined him.