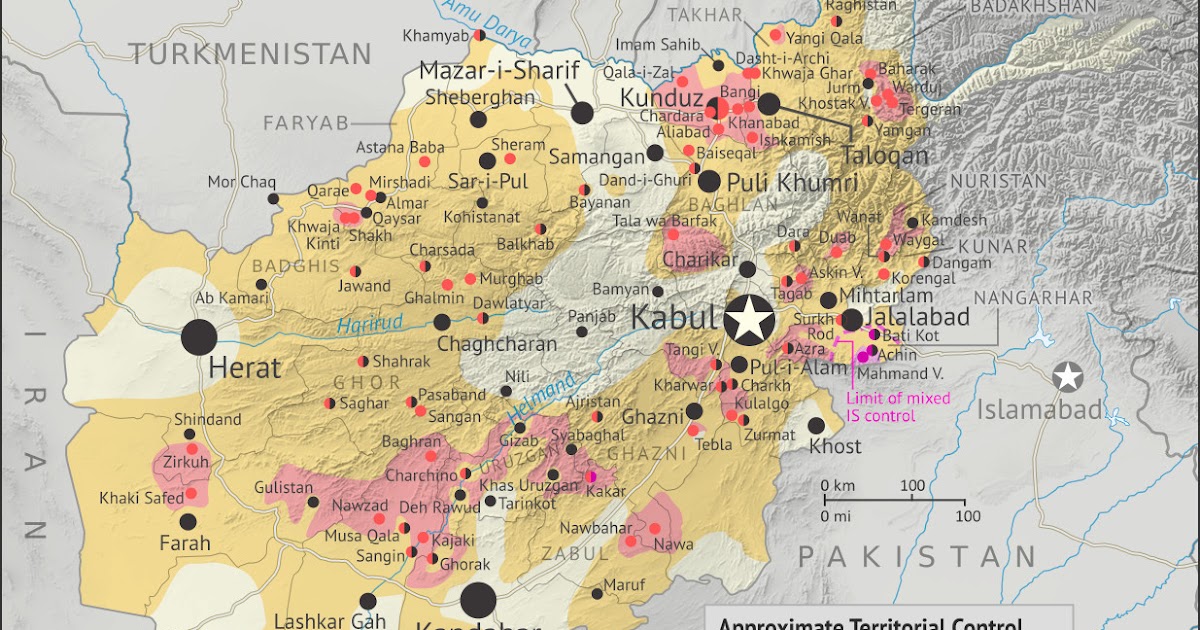 With very little publicity the Federal Senate began an inquiry last August into Australia’s involvement in the war in Afghanistan. Scores of individuals and NGOs have made submissions, including Hugh Poate. Mr Poate lost his son Robert in the conflict and has since written a book about the incident in which his son and two other Australian soldiers were killed, and leadership in the Australian army.  The following article is a brief summary of the submission No 57 by Hugh Poate to the Senate Inquiry.

On 11 September 2001 (later referred to as 9/11) a cell of Al Qaeda terrorists carried out four coordinated suicide attacks in the US using hijacked passenger jet aircraft. The most notable attack was two aircraft that were deliberately crashed into the twin towers of the World Trade Centre in New York City. Approximately 3,000 citizens were killed, including 11 Australians.

In response to the 9/11 attacks the NATO Alliance was activated – the first time in its 52 year history that the member countries had gone to war.

The then Australian Prime Minister, John Howard, was in the US at the time of this terrorist attack. Within a matter of days afterwards PM Howard activated the ANZUS Treaty – the first time in its history – to join with the NATO countries to respond to this attack with military force. A coalition of 50 nations was then formed which became collectively known as the ‘International Security Assistance Force’ (ISAF). On 7 October 2001 a US-led coalition invaded Afghanistan in what became known as the “war against terror”.

First, to join with the US and other nations to kill or capture Osama binLaden, the supreme commander of Al Qaeda, which had claimed responsibility for the 9/11 attacks.

PM Howard added a caveat to these two objectives, he wanted to commit sharp edged forces for a limited period only during the hot part of the war, but not get bogged down in a long drawn out peace keeping operation. However, this caveat was overridden by successive Australian governments and the rationale for the war morphed into a policy of ‘nation building’ which was also ‘mission creep’ to replace the ruling Taliban regime led by Mullah Omar with an American style democracy. This unstated policy was responsible for the war continuing for 20 years, although Australia’s combat activities ceased in December 2012 after 12 years of war.

The stated catalyst for going to war in Afghanistan was to destroy Al Qaeda, not the Taliban. The Taliban had never planted a bomb in any Western country and had never threatened any Western country. It is also relevant that the Al Qaeda terrorist training camps in Afghanistan were destroyed by bombing in the first ten days of the war. Soon after the US commenced its relentless bombing, the Taliban offered to hand-over binLaden to a third country to be tried for the 9/11 attacks. This offer was rejected by President George W Bush. In December 2001 it was known that binLaden had fled Afghanistan to Pakistan. However, the war continued against the Taliban.

This war showed that religious ideology could even defeat a superpower, as it did for the Mujahedeen during the ten year war against the Soviet Union beforehand. Declaring war against the Taliban took no account of the country’s history as the graveyard of empires.

The war rapidly morphed into a counter insurgency after replacing the Taliban with a system of American style democracy in a tribal nation that was 70% illiterate and had never known or understood the concept of democracy. This unstated policy objective was a dismal failure and largely responsible for the war continuing for twenty years, our longest war in history. The Taliban maintained that this new regime was a puppet of America and would never be accepted. In countries where successful democracy exists it has come about as the result of an evolutionary process from within, not by external military force.

Al Qaeda’s base in Afghanistan was destroyed soon after the invasion. By 2003 the Taliban was in the throes of being destroyed when President Bush began garnishing support among allies to invade Iraq on a false premise known at the time that Iraq possessed weapons of mass destruction. His message [threat] to his allies was, “you are either with us or against us”. It is also of interest that the US Deputy Secretary of Defence, Paul Wolfowitz, said at this time, “Iraq floats on a sea of oil”. The UN Security Council refused to endorse war against Iraq. Britain and Australia were the only allies to join forces with the US to form the ‘Coalition of the Willing’ which invaded Iraq. Going to war in Iraq did not comply with the pre-condition for self-defence in Article 5 of the UN Security Council Charter. It is estimated that between 100,000 and one million lives of Iraqi soldiers and civilians were lost. The invasion was described by Madeline Albright as, “The greatest disaster in American foreign policy”. Australia was thus complicit in this war in defiance of international law. In his book, Axis of Deceit, Andrew Wilkie stated this was an unjustified war on the basis of a preposterous lie.

Australia was complicit in the illegal Invasion of Iraq to strengthen its alliances with America. Although Saddam Hussein was a ruthless secular dictator, he was also intent on eradicating Islamic fundamentalism. Following the Iraq war the terrorist base in the Middle East has only expanded with the rise of ISIS and its derivatives, and unprecedented hatred for America and its allies.

The Chilcot Inquiry into Britain’s role in the Iraq war concluded, “It is now clear that policy on Iraq was made on the basis of flawed intelligence. The flawed premises were not challenged and they should have been”. The UK chose to join the invasion of Iraq before peaceful options for disarmament had been exhausted. Military action at that time was not a last resort. The same can be said for Australia’s role in the Iraq war.

As part of a strategy by President Trump for his re-election, in February 2020 the US negotiated a prisoner swap deal directly with the Taliban without involving Australia, the Government of Afghanistan or any of the 50 nations that fought with the US against the Taliban. The US agreed to release 5,000 prisoners in return for the withdrawal of all US forces from Afghanistan. A rogue Afghan National Army soldier known as Hekmatullah who had committed a war crime in murdering three Australian soldiers, one of whom was our son, was among those released. It was a damning indictment of the ANZUS alliance that this could happen. Ultimately, the only beneficiary was the Taliban which played the US like a fish on a line. The US has always been able to rely on Australian military help whenever it has wanted it, including long and costly wars in Vietnam, Iraq and Afghanistan. This unilateral action by the US in negotiating directly with the enemy on behalf of the rest of the world – in the now familiar inimitable American style of self-interest – clearly shows that America is an unreliable partner in any alliance.

The Taliban’s final insurgency to retake Kabul was greatly facilitated by extensive military hardware and munitions left behind by the Americans when they retreated from their headquarters at Bagram under the cover of darkness on 1 July 2021. This was another decision by the US in this long and costly war without consultation with any of its allies, including Australia. America’s sudden decision to withdraw from Afghanistan took no account of refugee repercussions which have resulted in a humanitarian disaster.

The eventual outcome of 20 years of war in Afghanistan was that the Taliban was replaced with the Taliban. 41 Australian lives were lost in vain, primarily as a result of bad decisions by successive Australian Governments kowtowing to successive American Governments. The US took the policy lead in Afghanistan and Iraq and Australia largely acquiesced to the American strategy and narrative.

There are many lessons to be learned from our involvement in both the Afghanistan and Iraq wars, including the following three. First, a balance must be achieved between sustaining our alliances with the US and our own sovereign interests. America has shown that it is an unreliable ally, totally obsessed with its own interests. The ANZUS Treaty has been all one-way in favour of the dominant partner, the US, since the day it was signed. It is doubtful that many people in the US would know about the ANZUS Treaty, or even care. My view of alliances with America is that America does not have allies, it only has hostages and very few escape.

It should also be noted that the US has refused to be a signatory to the International Criminal Court.

Second, the decision for Australia to go to war and to stay at war should be the subject of parliamentary debate. Such a decision has life and death implications and should not be solely in the hands of one person, the Prime Minister of the day.

Third, Historically, every war has had refugee repercussions. This was an issue not factored into Australia’s strategy for the war in Afghanistan – if it had any strategy at all. The outcome of the war created a refugee crisis. Defence and DFAT had been sitting on their hands for nine years in this regard following cessation of our combat operations in 2012. Despite a last minute rush to get some at-risk Afghan nationals out after Kabul fell, this shameful lack of foresight has resulted in the deaths of many Afghan interpreters and other nationals who had put their lives on the line alongside Australian forces during the war.

Hugh Poate’s book is entitled ‘Failures of Command: The death of Private Robert Poate’ and is published by New South Books

In March, free expression was the victim