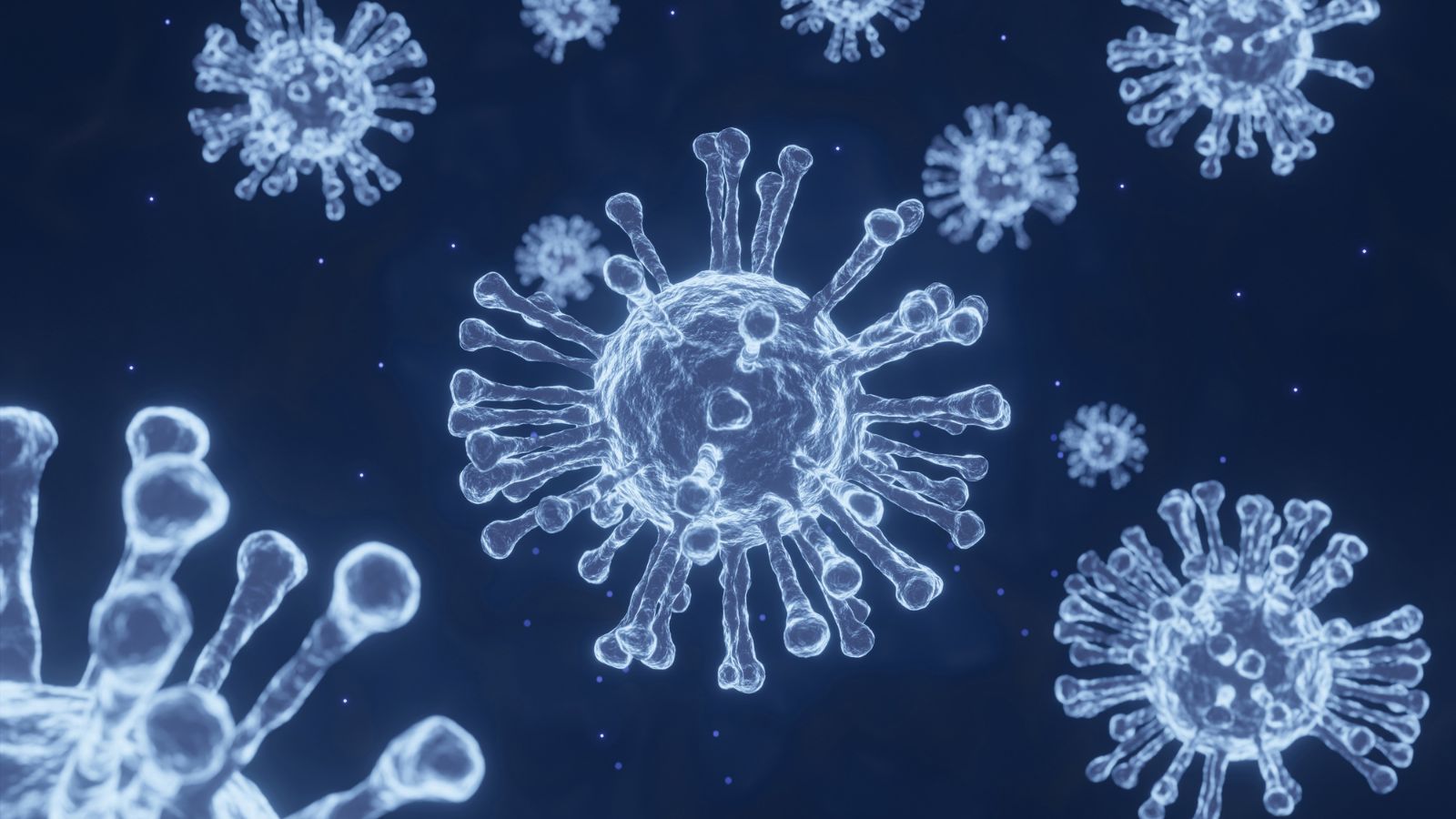 In a year beset by a global pandemic, attendant economic instability, a tumultuous US election, and foundering global diplomacy, reflection inevitably trends to what has been tested, what has been tried, and what is true. For Australians, as with many the world over, 2020 has understandably been defined by the ravages of Covid-19 and the strains it has placed on our democracy, both domestically, and on the global stage. Thankfully, and despite the many cracks and flaws exposed, for the time being, the nation has appeared to have weathered the worst that continues to afflict other countries. Despite our current run of good luck however, Australian shibboleths are nonetheless being tested as we reckon with the erstwhile marketing of mythologies considered sacrosanct and immutable.

In January this year, AWPR, somewhat presciently, undertook to unpack the decisions that led to Australian involvement in the Afghanistan War. With the implicit invocation of ANZUS in deference to hawkish American exceptionalism, Prime Minister Howard would end up committing Australian lives and reputations to a nebulous War on Terror for the following 2 decades. The executive decision to involve Australians in what could best be described as neoconservative war of attrition has proven disastrous not just for this country, but to the citizens of Afghanistan, and of Iraq well into 2020. No longer ‘Mission Accomplished’ or talk of ‘surges’, Prime Minister Morrison conceded in 2018 that,

“[l]ike our coalition partners, Australia recognises there is no military solution to the conflict in Afghanistan.”

What began, ostensibly, as a rose-tinted revamp of Reagan’s rogue state strategy would turn into 19 years of lies and obfuscation, billions spent, and thousands of lives lost, among them Australians.

Trust in democracies and in governance was another casualty of the Afghanistan War, exacerbated by the conflicts that followed, in Australia and abroad. Media metastasized this growing distrust, creating increasingly disparate echo-chambers and false political dichotomies. Revelations provided by Wikileaks laid bare the dissonance between the privately held fears and reservations of politicians, the military, and the intelligence community and the bombastic marketing of the war’s trumped-up successes. The Washington Post’s expose, the mounting body count, and the revolving door of politicians on both sides of the pond looking for a way out, only served to entrench deficits of political trust. For the increasingly war-weary ‘Coalition of the Willing’, Afghanistan quickly resembled the brutality and pointlessness of the Vietnam War, another conflict in which Australia became entangled with no debate and little forethought or planning for the costs involved. As The Age’s investigative journalists, Chris Masters and Nick McKenzie put it,

“Tactical progress in Afghanistan came to be measured in blood”.

Yet, even as the US elected a real estate mogul, signalling domestic weariness with ‘forever wars’ and the costs of maintaining a liberal world order, Australia and the Turnbull government remained committed to force deployment.

The Trump administration’s neo-Jacksonian turn inwards has done little to assuage the hawkish impulses of American exceptionalism. The assassination of Qasem Soleimaini in February in some ways exemplified a kind of Condor diplomacy, striking and destabilising, much as the preceding administration had sought to do with its then nascent drone program. While the US may afford such sudden shirtfronting, this is less true of its allies, be they would be pugilists or possessing of cooler heads. Unfortunately for Australia, the current government has learnt from and leant into tired mythologies of imagined communities promulgated by the architects of Vietnam, Afghanistan, and Iraq. This has been as much to the obvious detriment of peaceful resolution as it has been to the de-escalation of regional instabilities. Australian operations in the Strait of Hormuz exemplify this inherently destabilising facet of our obsequious foreign policy, an approach that seems to do little to protect Australian sovereignty, or the peoples in whose waters we swim. Greater hopes for the region perhaps lie in the difficult peace talks currently underway between the Taliban and the Afghan government, without our involvement.

Closer to home, and at the time of writing, diplomatic relations with the China, have been reduced, somewhat pugnaciously, to entreaties of a reset. How Sino-Australian relations have progressively decayed throughout the year is due primarily to factors highlighted in this Bulletin, namely the sacrifice of diplomacy and soft power for bombast and force restructure. Having stripped the foreign service, such as it is, of expertise and funding, the Australian government has repeatedly failed to parry the Chinese Government’s so called wolf warrior diplomacy. Instead of considered and cautious diplomacy, Australia has resorted to marketing its tacit support of FONOPS in the South China Sea and to public calls for an inquiry into the origins and spread of the coronavirus. Incidentally, these actions, particularly the latter, have been perceived as outright provocations in Beijing and the repercussions for Australia have been far more detrimental to security than perhaps anticipated. In short, Australia’s response so far has served only the CCP.

There is little argument that the Chinese government’s aggressive posturing requires attendant measures, yet a militarised response, bereft of meaningful dialogue, increasingly destabilises our region. The shadow economic conflict continues apace with a series of tit-for-tat tariffs, embargoes, anti-dumping suits, and listicles of complaints. This has further entrenched the damage to diplomatic decency even if it has not yet undermined the relative strength of the Australian economy. It is evident that an increasingly strident Australia has risked commercial agility in order to align with the interests of an ally whose global cachet is on the rocks after four years of retreat. It is unsavoury to suspect that our leaders would willingly engage in another war as a means of diplomacy, yet in the absence of concerted efforts to deescalate and discuss, both in our houses of Parliament, our respective embassies, and media, the possibility becomes frighteningly real.

The close of the year has offered scant comfort for those seeking measured debate, however. The release of Justice Brereton’s inquiry into ADF crimes in Afghanistan offers a damning indictment of the culture of war celebrated in Australia. As Chris Masters notes,

“A profound cultural failing of allowing “rock star” hubris to overwhelm traditional humility is sheeted home more to commanders in Australia than those deployed to Afghanistan.”

Furthermore, it has served the so-deigned adversaries of Australia well, providing ample, if photoshopped fodder to further upset diplomacy. Recommendations for structural change within the ADF, even if adopted, will, I fear, only go some way to ameliorate the damage that fetishizing the military does to our public dialogue, public policy, and foreign relations. As Dr Tony Smith notes,

“There is little merit in debating the pros and cons of Australia’s commitment to strategic terms while we are blinded by the Anzac myth.”

These trends sadly, seem inevitable if we surrender our democracies to militant executives in times of cascading crisis, be they the environmental effects of the climate emergency, or civil unrest.

The hope, however vain, is that Joseph Biden’s election in the United States may herald a return to stability and a ratcheting down of tensions globally. While the change in administration undeniably offers the prospect of improved cooperation amongst allies, it does not necessarily bode well for the prospect of peace. The conflicts in Syria, Nagorno-Karabakh, Ethiopia, Iraq and Iran are as likely theatres for the triumphant return of American exceptionalism under Biden and Secretary of State-elect Antony Blinken as the “Indo Pacific”.  Given the desire in Washington for a great American Restoration, it is not inconceivable that such a revival will be borne on hawkish wings. In Australia’s region, the policy predictions seem even less rosy. Gone are the even half-hearted attempts at a Pivot to Asia that does not come with a Pacific military base attached. And gone are the guard rails of effective diplomacy that in the past has secured significant foreign policy coups for Australia.

For all these reasons, as we barrel headlong into the next decade, it is important the power to decide to go to war be debated and made by the Australian Parliament, and not concentrated in the executive. Over 80% of Australians agree. The most recent decisions to engage in war has offered little in defence of Australian sovereignty or our interest abroad. Instead, it has cost lives and livelihoods, respect, and trust, and poisonously promoted a militant mythology it is time we transcend.

Letter to the Prime Minister, 13 March

Follow-up letter to the Prime Minister

Another intervention in Iraq?