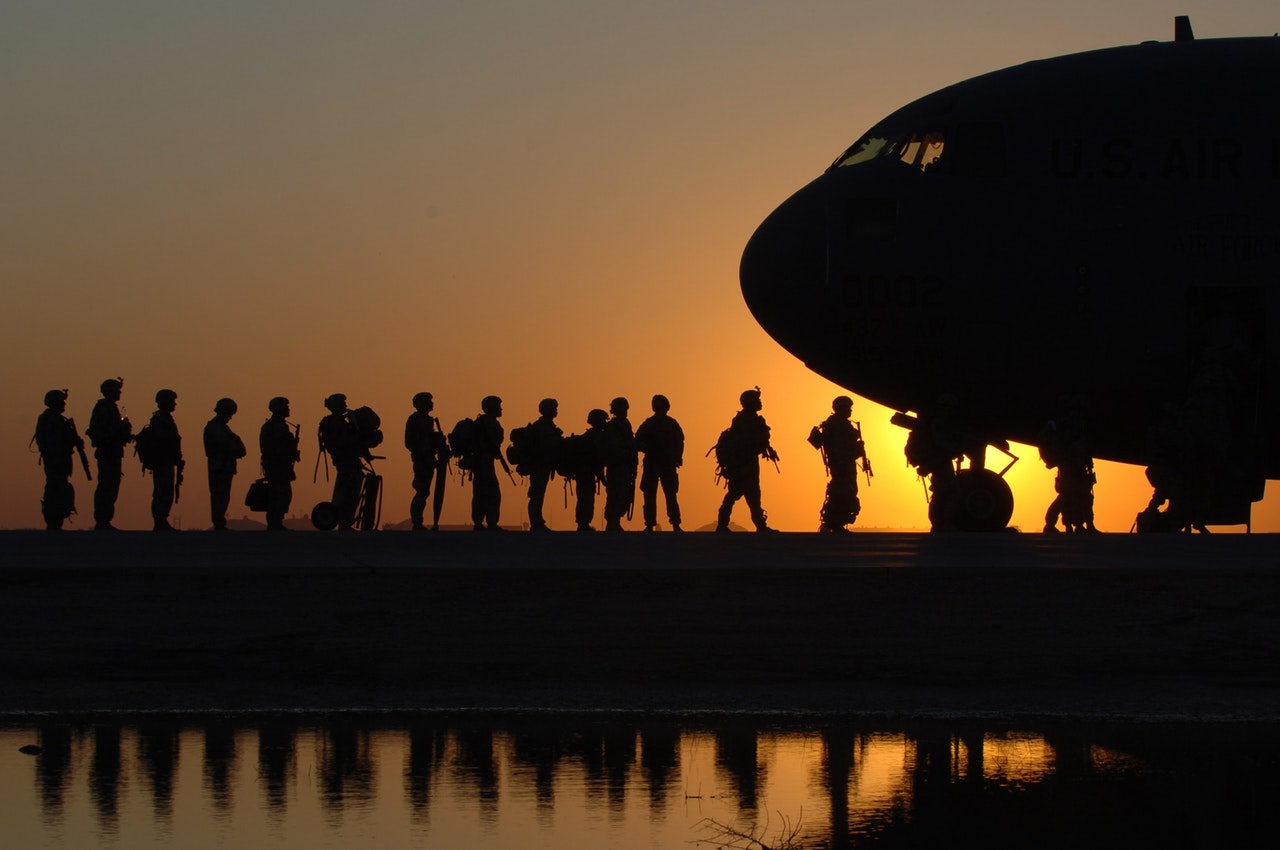 83.3% of Australians want Parliament to decide whether our troops are sent into armed conflict abroad, according to a nationwide Roy Morgan opinion poll released in November 2020.

In the survey of 1052 people, only 16.7% said they favour the current system whereby The Prime Minister and the executive alone decide if Australia goes to war.

“Ordinary Australians want their local MPs and Senators to oversee this life and death decision, not
just the Prime Minister and a few ministers behind closed doors,” said Paul Barratt AO, a former
Secretary of Defence and President of Australians for War Powers Reform (AWPR).

“The disastrous Iraq conflict and the drawn out Afghanistan deployment have made people rethink how we as a nation view overseas wars. This survey result is an overwhelming demand for more oversight and transparency,” he said.

The poll found that support for reform is very strong across the political spectrum. More than 75% of
all Labor, Coalition and Greens voters believe that Parliamentary approval should be required
before Australian troops are deployed.

Overall support for Parliamentary approval being required has jumped more than 6% since the last
poll was undertaken in 2014. 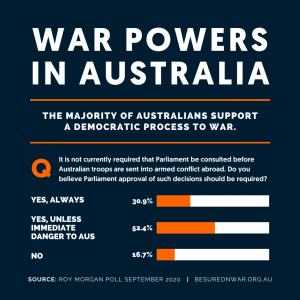 Take Action: Sign the Petition and email your MP about this issue with our handy tool (takes only 2 minutes guaranteed!) Take action HERE