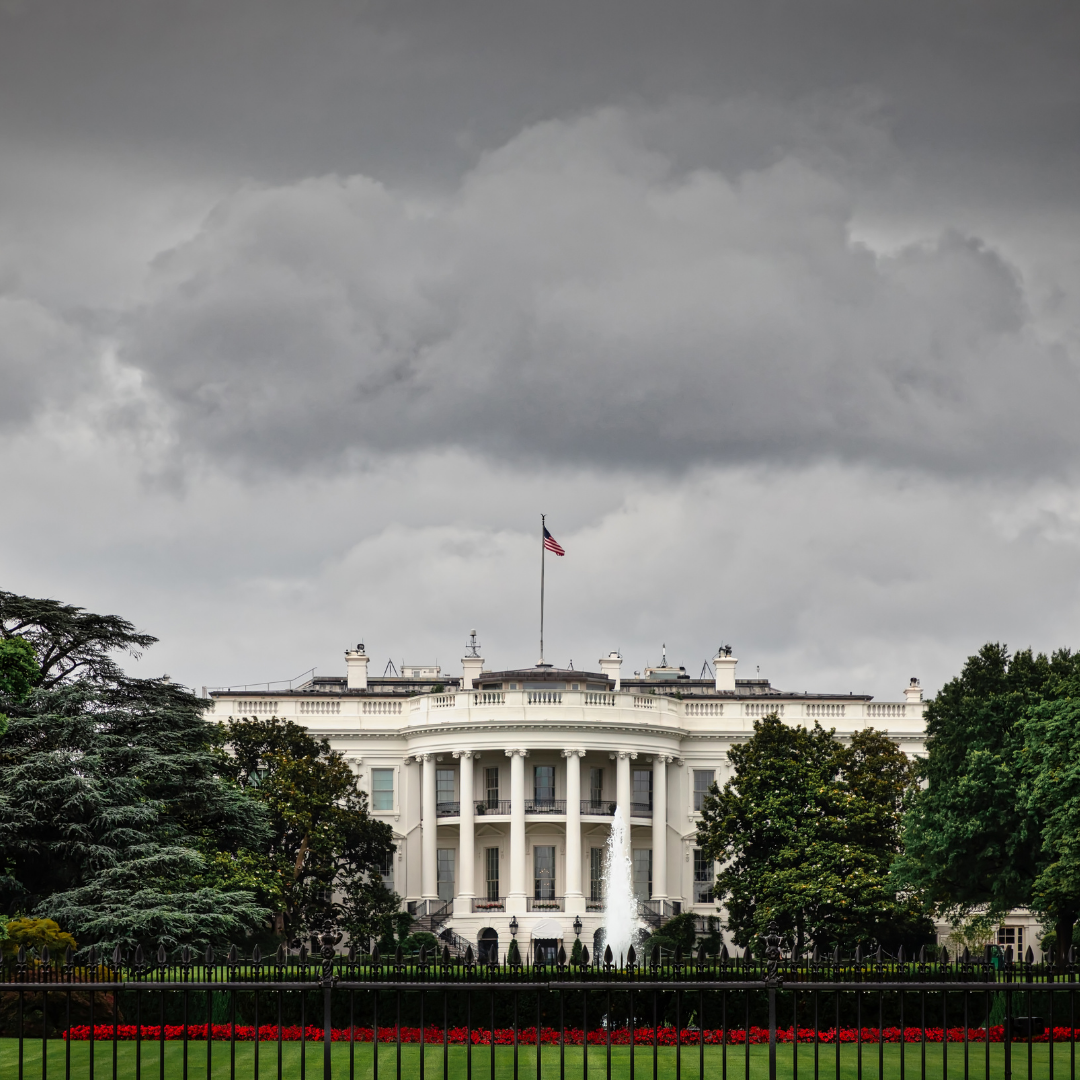 Biden and the Middle East: a new beginning or same old? AIIA Webinar

Dr Anthony Billingsley at the Australian Institute of International Affairs

On the 20th of April 2021, Dr Anthony Billingsley presented an online event for the  Australia Institute of International Affairs in Sydney. Dr Billingsley was invited to discuss the Biden administration and Middle East Policy.  AWPR intern Jack Worthy attended and reported on the event. Dr Billingsley’s opinions do not necessarily represent those of the AIIA and all efforts have been made to accurately record his insights.

President Biden’s announcement that the US would be withdrawing, militarily, from Afghanistan by the 11th of September 2021 heralded a long-sought denouement for a wildly costly and increasingly unpopular war. As is convention, where the US goes, so too Australia and so what Australian military presence remains deployed in Afghanistan will also withdraw. What began two decades ago as a violent response to a violent attack on American soil has since bled across the region, and the world, claiming untold lives and deeply unsettling global security. The folly of Australia’s involvement in a decades long war is publicised ceaselessly by this organisation, as is right, but what of the Middle East we now leave behind? And how will President Biden, who cast his vote for the invasion of Iraq, handle the consequences of US incursion in the Middle East?

In his address to the  AIIA  Biden and the Middle East: a new beginning or same old? Dr Anthony Billingsley highlighted the contradictions and complexities critical to Biden’s approach to US involvement in the Middle East. Citing Biden’s desire to ‘end the forever wars’ and promise of ‘a new beginning’, Billingsley nonetheless remains leery of what that will look like and how it will be achieved. While stating that ‘Biden’s heart is in the right place’, Billingsley projected cautious scepticism as to the efficacy of policy wrought in response to domestic dissatisfaction and international critique. Several themes emerged in his appraisal of the challenges facing the Biden administration’s future engagement with the Middle East if it is to begin to extricate the US military while ensuring lasting regional stability. From great power politics to the challenges facing a liberal world order and the insidious appeal of arms sales, Billingsley illustrated Biden’s same old approach to new beginnings in the Middle East.

If it is true that nature abhors a vacuum it follows that absent an offensively postured US presence in the Middle East, a range of state and non-actors will begin, and indeed have begun, to shore up influence in the region. In Syria, the Assad regime remains propped up by Russia intent on claiming its sphere of influence, while Turkey foments conflict with the Kurds along its borders, northern Syria, and in Iraq. Billingsley also noted the promise of Chinese investment and the nascent trade alliances between Iran and Chinese, while in Afghanistan, the Taliban are perfectly positioned to regain control of much of the country, if not the state itself. Given that the Middle East has almost always been the site of great power politics, it is perhaps unsurprising that Biden faces an impossible situation in a theatre once designated the latest democratic project of American exceptionalism.

This designation may have started in Afghanistan but, under the auspices of neo-conservative desire for ‘democratic’ control quickly leapfrogged to Iraq. The resulting conflict, and those it spawned, came at a cost of trillions, killing hundreds of thousands worldwide and increasing regional instability. Nigh on two decades after the mission of liberation and democratisation was accomplished off the US Pacific west coast, Iraq, and the Middle East more broadly, is arguably less secure than prior to the Bush led invasion. Ironic then, that, as noted above, the economic support and security guarantees should, after 20 years of pointless war, be provided by those great powers and their proxies that stand in opposition to the US. For Billingsley, there is a sense that Biden is prevaricating on what to do with regards to Iraq beyond surging aid and development. It is possible, he suspects, that just as Afghanistan offered a base for forward deployment into Iraq, so to may Iraq for Iran, though this stratagem runs counter to Biden’s rhetoric thus far.

Citing Biden’s foreign policy remarks made on the 2nd of February 2021 America’s Place in the World, Billingsley notes the President telegraphed an ‘awareness that American policy changing’ and that the US would no longer conduct ‘offensive’ operations in the region. And yet, Biden’s response to his Middle Eastern inheritance thus far appears merely an extension of Trump’s belligerent isolationism, with continued arms sales as the US beats a slow military retreat.

An exemplar of this is evident in the vaunted UN led initiative to broker peace in Yemen, announced in the same speech and with overtures to US support and involvement in this mission.  Despite some success this initiative, claimed Billingsley, has failed as it has failed to adequately acknowledge the concerns of the Houthis due to their backing by Iran. Further complicating Biden’s desire for America to be seen as an ‘honest broker’, the President has approved Trump’s $23 billion arms sale to the Emirates, and further arms sale to Saudi Arabia despite the murder of journalist Jamal Khashoggi.

Notwithstanding the complexities of competing alliances in the Middle East, a fact of which Dr Billingsley is eminently aware, Biden’s approach nonetheless appears half formed for domestic consumption at best, and callously short sighted at worst. In perhaps his most damning indictment of the President’s pronouncements to date, Billingsley equated the US declaration of withdrawal from Afghanistan as being ‘almost like the betrayal of the Kurds’ under the Trump administration. Beset by a resurgent Taliban and an unfriendly Iran, the uncertain future of Afghanistan may be dependent on the negotiation of a strategic partnership arrangement with Tajikistan and US sponsorship in the form of economic aid and development.

It is this policy of troop withdrawal in favour of targeted investment, Dr Billingsley noted, that Biden is seeking in the region more broadly and will ensure that the ‘US will remain ascendant’. There is plenty to be sceptical of Dr Billingsley’s claim, yet it is not hard to imagine that a US Middle East policy that profits from weapons sales  while inserting itself into the crises those very sales create, ensures American permanence, if not a quiet hegemony.

While it may be premature to begin pronouncing a Biden Doctrine, there is no doubt there is a hawkish liberalism to the new administration’s approach to foreign affairs, most evident in the Middle East. Dr Billingsley noted that Biden’s foreign policy team are constituted primarily of ‘liberal imperialist’ advisors, an apt label if we are to infer their philosophy from their actions thus far. Unfortunately for the future of the JCPOA and Iranian relations, this approach appears to have engendered a particularly galling obstinance on both sides. Of the Iranian position, Dr Billingsley noted ‘…they do not trust the Americans to honour their promises’ in large part because of Trump’s ‘maximum pressure’ approach that culminated in the termination of the JCPOA. Additionally, Billingsley claims, the West’s position of negotiating from a position of good faith is undermined by Israeli belligerence and missile attacks, incursions that serve only to galvanise the Iranian position. Finally, Dr Billingsley remarked that the Iranian economy has strengthened over the last few years, partly as a result of  increased trade and also due to the relative impact of sanctions that are far less punitive than those of the Obama years.

How Secretary of State Antony Blinken believes that refusing to negotiate concessions is an appropriate gambit is somewhat confounding but perhaps not out of character for an administration quietly flexing its hawkish credentials. In response to American demands for a return to conditions that now appear out of context, ‘Iran has acted in a rational way, with the US, [and] with its neighbours…’, by which one might infer ‘rational’ in the realist sense of self preservation and in the interest of regional stability. Despite Dr Billingsley’s incisive analysis of US-Iranian relations in the Biden era, he nonetheless opined that the ‘US was the only one to bring peace’, at once a potentially realistic appraisal and one arguably founded on the very premise of exceptionalism to which we owe the current conditions of the Middle East.

In both Dr Billingsley’s presentation and in Biden’s method in the Middle East, it is hard not to discern a nostalgia for diplomacy underwritten by a fabled and forgotten unipolar moment akin to a fever dream of the 1990s. In reality, Biden’s insistence on America’s return to the world stage is complicated by the fact that not only has America changed, riven domestically and more inward looking than in modern history, but so too has the world. Nowhere is this more evident than in the Middle East, where for the last 20, some may argue 70 years, the scars of US missteps and mistakes in pursuit of power, resources, or ‘peace’ are indelibly scored. Whether ‘peace’ is achieved unilaterally or multilaterally, through coercion or cooperation, by the allegedly deft diplomacy of President Biden, by favourable sales of missiles and materiel, or not at all remains to be seen.

How so ever US Middle East policy manifests under a Biden administration, the decisions and directives issued will, as they have always done, impact the security not just of the region but of the world. This is true even of Australia, a geographically isolated nation in thrall to the neo-colonial protection of the US nuclear umbrella, the American impulse for interference, and the obsequious whims of our leaders. When asked what role, if any, he projected Australia would play in the Middle East in the Biden era, given our past, contested, commitments in coalition with the US, Dr Billingsley answered laconically, ‘None. But we will do what we are told’.

Dr Anthony Billingsley is Adjunct Senior Lecturer of International Relations at the School of Social Sciences, Faculty of Arts and Social Sciences at UNSW. He has degrees from the University of NSW, Strathclyde University, Glasgow, the ANU and Macquarie University. He worked for the Department of Foreign Affairs and Trade from 1972 to 1988 with postings in Beirut, Cairo, Damascus and Ottawa. From 1988 to 1995 he worked for Westpac and from 1995 to 2001 worked in community relations with the Higher Colleges of Technology, Abu Dhabi. He was the Iraq analyst in the Office of National Assessments at the time of the US invasion of Iraq and has lectured in International Relations and International Law at Macquarie University and the University of NSW since 2004. He is currently engaged in a book on the impact of Western involvement in the Middle East.