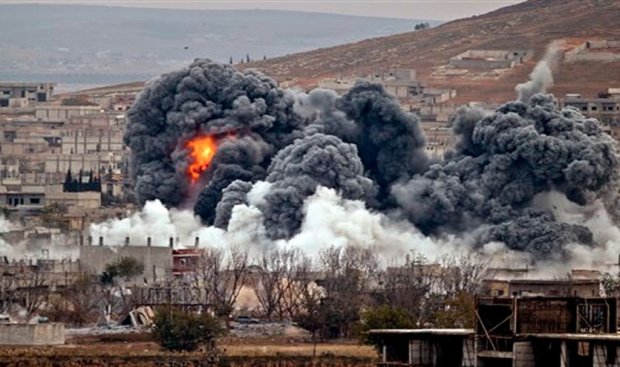 I refer to the recent operation around Deir al-Zor military airport in Eastern Syria, in which between 62 and 83 Syrian soldiers who had been fighting IS militants were reported to have been killed by Coalition-led air strikes. The Department of Defence has acknowledged that Australian aircraft were among a number of international aircraft taking part in this Coalition operation.

I refer also to my letters of 1 March 2016 and 29 April 2016 regarding the authorisation of the use of military force and the deployment of Special Forces.

Australians for War Powers Reform calls upon the Government to:

In relation to the second point above, the proposed inquiry should address the legal basis for the relevant RAAF elements to be deployed on combat or combat-related operations in or in relation to Syria. There are three elements to this:

Our principal concern in relation to the authorisation process is that, as noted in my letter of 1 March, under Australian law, only the war prerogative could safely and uncontroversially authorise the deliberate offensive causing of death, destruction or capture against the enemy.  The Governor-General is the only official to whom the power to exercise the war prerogative has been given and, being commander-in-chief, is the only one who can issue orders to the ADF to exercise powers under that prerogative. The powers of the Minister of Defence referred to above were clearly never intended to have that purpose. When the regrettable circumstances arise that cause us to require members of the ADF to go overseas to kill or capture people, or destroy their property, we must ensure that there can be no question of their being held personally liable for these actions arising from legal flaws in the procedure authorising their deployment.

We have two other major concerns regarding the current deployment to the Middle East theatre of operations:

We look forward to your response on these important matters.