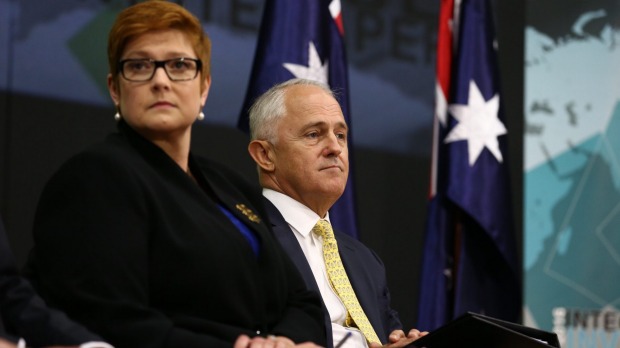 War Powers: Authorisation of the Use of Military Force

I write on behalf of Australians for War Powers Reform, an Australian Registered Body which was established in 2012 to campaign, inter alia, for reform of the so-called ‘war powers’ – the power to deploy elements of the Australian Defence Force into armed international conflict. Our membership includes former senior military officers, diplomats, defence officials, academics and members of relevant NGOs.

Our central proposition is that the Parliament should be involved in any decision to expose members of the ADF and the nation itself to the perils and uncertainties of armed conflict. The war power is the quintessential executive power – once exercised by the sovereign alone, then by the sovereign on advice but now by the Defence Minister formally implementing a decision by Cabinet under a section of the Defence Act in a way that was not contemplated by its drafters. The momentous decision is not subject to prior authorisation, third party sign off or judicial review of the kind expected of much more mundane decisions. The Parliament has no formal role and its power subsequently to withdraw confidence in the Prime Minister is made even less likely by the opening of hostilities.

Following a decision of the government to restrict the jurisdiction of the International Court of Justice in March 2002, the legality under international law is unlikely to be tested. The Governor-General is no longer even asked to sign off on the decision (with no ability to ask questions, satisfy him/herself of the legality of the proposed action or fulfil the role of the Crown to ‘counsel, advise and warn’). We argue that the decision to go to war must be made by the most democratically elected body at the heart of our democracy.  Our Westminster system delegates much to the Executive but the most important decisions must come back to the Parliament for prior approval.

The members of the ADF and the Australian public deserve in our view to know that the decision to embark on a war-like course is the result of careful deliberation by their elected representatives with at least the leaders having full access to all relevant legal, intelligence and military information. This will not only generate better decisions but will legitimate those occasions when we must do what states sometimes have to do – to kill and be killed on a potentially industrial scale.

On Tuesday 23 February two of my colleagues (former CDF General (retd.) Peter Gration AC OBE and Ms Margaret Swieringa, former Secretary of the Joint Parliamentary Committee on Intelligence and Security) had the privilege of a meeting in relation to these matters with the Joint Standing Committee on Foreign Affairs, Defence and Trade. For the purposes of this meeting I prepared an aide-memoire for the convenience of its members and I am enclosing a copy for your perusal.

The background to this meeting is a public seminar which we convened at the Australian National University on 23 October 2015 for the purpose of having high level legal, military, diplomatic and public policy experts identify and examine the key issues that would be involved in legislating the involvement of the Parliament in authorising the use of military force overseas. The report from this seminar was made available to members of JSCFADT prior to our meeting with them and I am enclosing a copy of the report. I believe this report would repay careful study by relevant officers of your department and other relevant Commonwealth Departments.

One very important issue to emerge from our research and our deliberations is that there needs to be an immediate return to the previous practice of acting through the prerogative and Governor-General rather than through the Defence Act and the Minister for Defence. Until the Statute of Westminster was ratified in 1942, declarations of war and peace treaties were approved by the British Crown. This was transferred to the Governor-General. To the surprise of some recent Governors-General, they were not involved in decisions to go to war. It appears that Australia has gone to war in two major wars (1991 and 2003) through the use of section 8 of the Defence Act, which deals with general control and administration of the armed forces and that does not appear to have been drafted with that intention. While it might be unlikely that the High Court would invalidate a decision to go to war under section 8, there is absolutely no doubt about the constitutional validity of going through the Governor-General or the Governor-General in Council. Using the latter method would incorporate some limited but potentially important safeguards (eg. the Cabinet handbook requires the Attorney General to certify the legality of any proposed actions taken – and the Governor-General can ask questions of the ministers present and ask for further advice).

It is of vital interest to the Defence Minister and all members of the ADF that any decision to engage in war-like activity be constitutionally bullet-proof.  To have the ‘war powers’ slip imperceptibly from being the subject of solemn declaration by the Governor-General, to being only a secret Cabinet decision implemented by the Minister for Defence under his/her Defence Act administrative powers raises serious questions about the military duty of obedience in war under the war prerogative. This is not a hypothetical issue. The court martial of two commandos in 2011 raised the important question of what was the authority for them to be using lethal force in combat in Afghanistan. In Australian law, only the war prerogative could possibly authorise the deliberate offensive causing of death, destruction or capture against the enemy.  The Governor-General is the only official to whom the power to exercise the war prerogative has been given and, having command-in-chief, is the only one who can issue orders to the ADF to exercise powers under that prerogative.

To sum up, we propose that the power to deploy the ADF into international armed conflict be transferred from the Executive to the Parliament. We acknowledge that there are important implementation issues to be considered, but we believe that it is not beyond the capacity of our sophisticated polity and our Parliamentary draughtspeople to transfer this general proposition into effective and workable legislation.

We would be joining a significant number of liberal democracies in establishing such a system. We believe that if this is not done, the circumstances which gave rise to our highly controversial deployments to Vietnam, Afghanistan and Iraq will persist.

More broadly, there is very strong bi-partisan support for a global rules-based order. If we are going to continue to urge others to accept such an order, we must too – starting with the 1928 Treaty of Paris and the 1945 UN Charter.

Whatever is decided in that regard, we suggest there is an urgent need to ensure that all armed military deployments are triggered by an order from the Governor-General to the CDF. When the regrettable circumstances arise that cause us to require members of the ADF to go overseas to kill or capture people, or destroy their property, we must ensure that there can be no question of their being held personally liable for these actions arising from legal flaws in the procedure authorising their deployment.

I am writing in similar terms to the Minister for Defence, the Foreign Minister and the Attorney-General.

One thought on “Letter to PM Turnbull: War Powers”