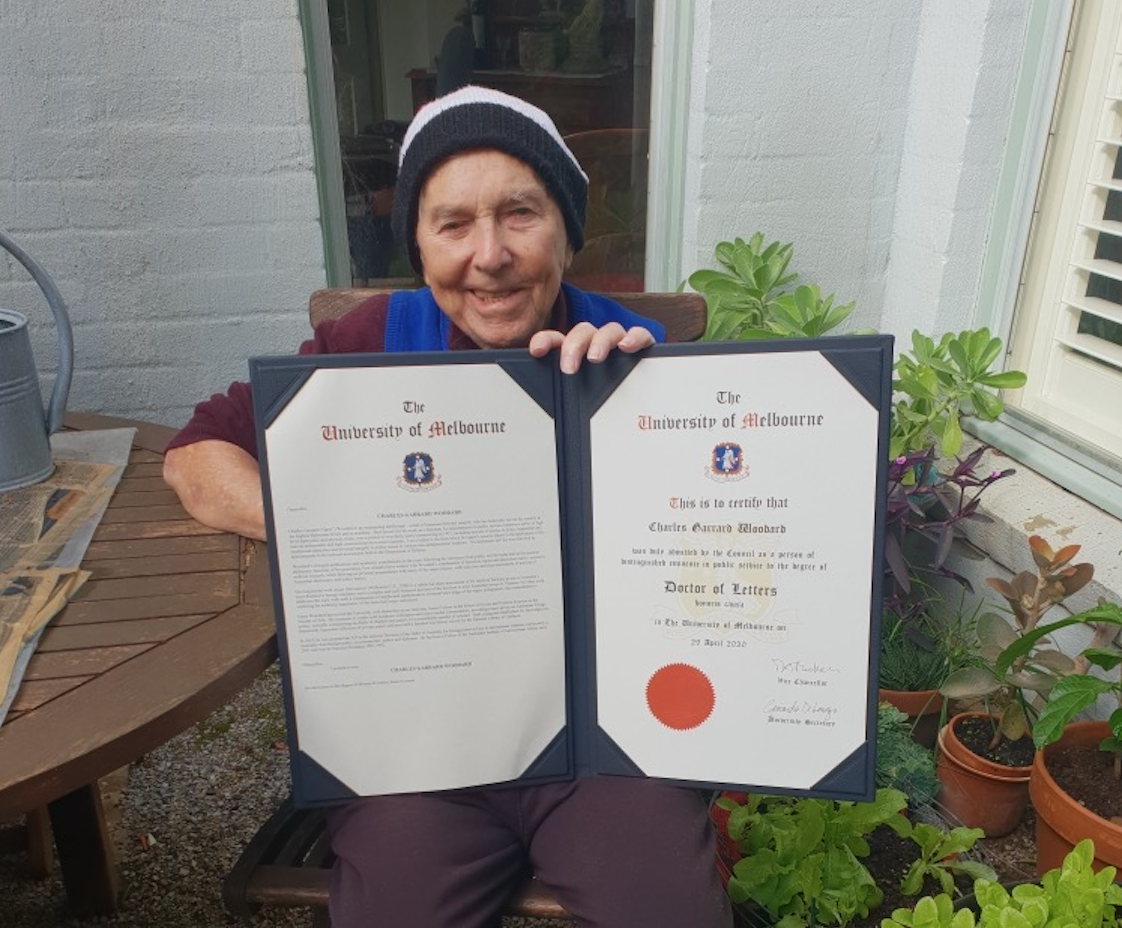 Garry Woodard,  Senior Fellow in the School of Social and Political Sciences at the University of Melbourne was awarded an honorary Doctor of Letters in recognition of his significant contribution to analysis of Australian foreign policy.

Woodard was Australian ambassador to Burma from 1973 to 1975 and to the People’s Republic of China from 1976 to 1980. He is also a Fellow of the Australian Institute of International Affairs and in 2002 he was the National Archives of Australia’s Frederick Watson Fellow.

Two highly influential publications he has written include:

We Now Know About Going to War in Iraq

Listen to Garry Woodard in an interview for Beyond the Cables – Australian Ambassadors to China Oral History project.