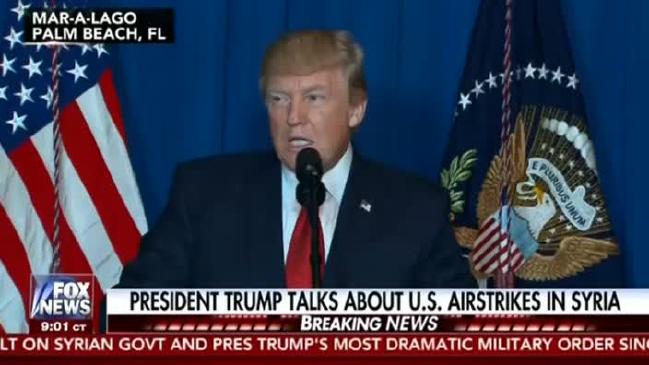 Australia is once more embarked upon a military adventure in the Middle East, again at the behest of the United States, again without a clear definition of what the aims are or what we might hope to achieve, and as of 17 April we have publicly backed an illegal attack on a sovereign state, ostensibly in retaliation for a chemical attack by the Syrian Air Force on a Syrian town in an anti-government zone. The evidence as to who perpetrated this horror is less than satisfying, but our government is happy to go along for the ride. It is worth charting how we came to this point.

The story begins in mid-August 2014 when the ADF, in the form of a RAAF C-130J Hercules, was brought into action by the Abbott Government for the purpose of dropping supplies to “Yezidi civilians trapped on Mount Sinjar by encircling ISIL forces” as the Prime Minister’s media release of 14 August 2015 put it. No hint at this stage of any form of participation in the conflict being in contemplation; it was described as a humanitarian mission and it plainly was.

The months which followed saw an all-too-quick slide from this unambiguously humanitarian operation to the RAAF conducting and facilitating ground operations in Northern Iraq, and then the extension of these operations to Syria. So anxious were we to get in on the act in Iraq that we injected Army personnel into Iraq with no Status of Forces Agreement to provide them with the necessary legal protections, in the absence of which they have instead been provided with diplomatic passports – an inadequate protection and a misuse of our diplomatic passports.

The extension of RAAF operations to Syria was ostensibly in response to a request from President Obama, but Fairfax media, citing ‘senior government sources’, reported that the driving force for this request came from Canberra. This was denied by Tony Abbott, but given the marginal contribution the RAAF could make in Syria, it is unlikely the US raised the issue and it is reasonable to assume that the initiative came from Australia. The current legal rationale for our air strikes against IS in Syria is that we are “defending Iraq at the request of its government”.

The extension to Syria is an important issue because at the time its legality was highly doubtful. The Government was been let off the hook to some extent by the subsequent UN Security Council Resolution No. 2249 of 20 November 2015 which called upon “Member States which have the capacity to do so to take all necessary measures, in compliance with international law … on the territory under the control of ISIL also known as Da’esh, in Syria and Iraq, to prevent and suppress terrorist acts specifically committed by ISIL [and Al-Qaeda affiliates designated by UNSC] … and to eradicate the safe haven which they have established over significant parts of Iraq and Syria”. Nevertheless, in the complex situation in Syria the legalities of any operation outside the ambit of Resolution 2249 have always needed to be kept under close scrutiny.

The US action is said to be in retaliation for an undoubtedly appalling event – the gassing of a civilian population, leading to the deaths of 72 people, including 27 children, and injuries to hundreds more. It is clear that a chemical attack took place; what is less clear is who the perpetrator was. I have seen no satisfying evidence as to who the perpetrator was – it all seems to be along the lines that “everyone knows” it was the Assad regime. One would have hoped there would be some diligent efforts to ascertain the facts before the conflict was escalated and made more complex and dangerous in this way. Perhaps there was, but no one is sharing the evidence with us and once again our government does not seem to be asking any searching questions.

Particularly disturbing in the current situation is the way in which the Turnbull Government, ever ready to espouse the virtues of a rules-based international system, has been happy to overlook the illegality of the US attack on Syria, something the Russians and Chinese will no doubt have noted and will not forget in a hurry.

We deserve better than this. We deserve to have any deployment of the ADF into international armed conflict decided in the Parliament on the basis of fully informed debate. We cannot afford to have a limited group of Ministers playing the sorts of games to which the ADF and the Australian public were subjected with the invasion of Iraq in 2003, and since 2014 leading to our re-entry into conflict in the Middle East.