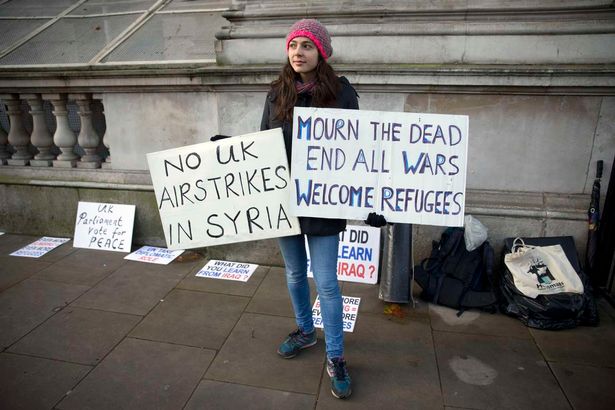 Those who believe that Parliament should have a clear role in the decision-making process in regard to the War Powers would have noted closely the proceedings of the mother Parliament in the Westminster system these past weeks.

The British Prime Minister while noting that the Prerogative Power enables the government,  following due process, to commit to war and war like actions, has asserted that reference to the parliament is an integral step in providing the political justification for such decisions. The purpose is to secure a political mandate and allow all relevant matters to be brought forward and discussed in that forum.

Consequently on 26th November when Prime Minister Cameron made his statement, pending a decision on the  extension of air strikes to Syria, he remained at the dispatch box for over two hours and fielded some 103 questions from anxious parliamentarians. Even after this the PM has assured Parliament that prior to any vote on the question he will be in Parliament again to explain and defend the government’s decision.

We have seen nothing like this in Australia. There has never been a substantive debate here in the parliament on any of the recent wars, including Iraq (2003), Afghanistan, and Iraq again in 2013-14.

Indeed the decision on Iraq 2003 even by-passed the Governor-General in Council and relied on a power under the Defence Act which actually relates to administration and management of the defence forces, not the commitment of the forces to armed conflict  abroad.

To exclude Parliament from these critical matters implies a lack of confidence in its judgment and a betrayal of the concept of democratic government. Or is it that Australian governments themselves have not had confidence in their decisions, based as they have been on extraneous considerations. Perhaps things may be different with PM Turnbull who to has the ability to explain and sustain a case in Parliament and beyond.