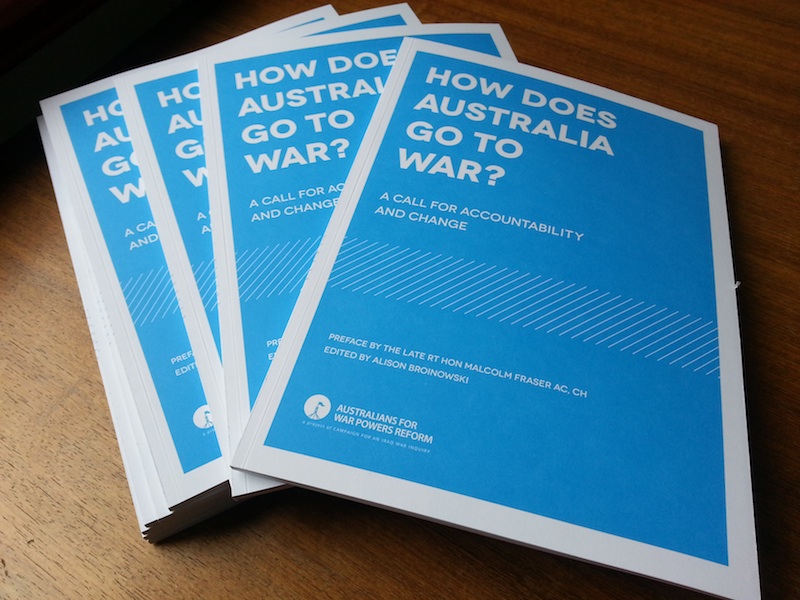 As concern spreads in Australia about what our latest military intervention in Iraq is for and where it will end, Australians for War Powers Reform (AWPR) is targeting MPs and Senators with a call to change the way our troops are sent to war.

All Federal parliamentarians will receive a book of short essays, “How Does Australia Go To War?”, on the political, military, legal and ethical implications of Australia’s current practice. It points out that in Australia – and in only a few other democracies – the prime minister can decide to commit …