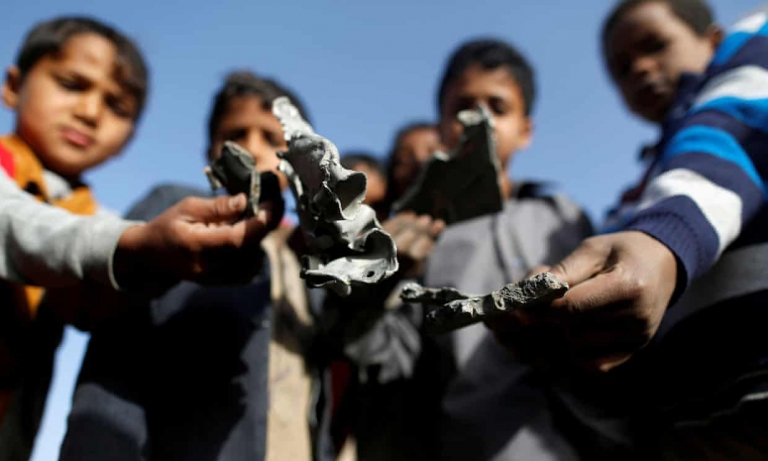 The war in Yemen is again in the headlines following an airstrike outside a rural hospital in Yemen’s north west last week which the BBC reports killed at least eight people, five of them children, and injured eight others.

Public pressure continues on Western governments to cease supplying the Kingdom of Saudi Arabia and the United Arab Emirates with weapons. This pressure is intensifying in the UK, as its weapons are known to have been used in Yemen and to have caused a significant number of civilian deaths. So far the UK Government has not yielded to the pressure.

In contrast, last week the German government extended its existing ban on weapons sales to the Saudis for a further six months, despite strong lobbying from the British and French governments.

In Australia, the government has also come under scrutiny after it was revealed last month by the ABC that 500 units of a weapons system manufactured by Australian firm EOS had been exported to Saudi Arabia. In Senate Estimates an Australian Defence Department official was unable to guarantee that those weapons would not be used in Yemen.

There are few details available about Australia’s secretive arms deals. We need much greater transparency about Australian weapons exports, including public disclosures of what kind of weapons are being sold, where they are going, and the uses to which we expect them to be put.

As a party to the Arms Trade Treaty (ATT), Australia must refuse to grant an export licence to defence goods suppliers when those goods are likely to be used in serious breaches of human rights. Transparency and human rights go to the core of the treaty, and countries are expected to provide annual reports on implementation. Belatedly Australia has issued such reports but without reference to or detailing our compliance with the treaty.

Australia’s Defence Export Controls should be updated to account for our obligations under the ATT to ensure that never again would we risk providing support to regimes fighting wars with illegal methods and catastrophic consequences as is now the case with Saudi Arabia in Yemen.

The Case for an Australian Iraq War Inquiry is Compelling