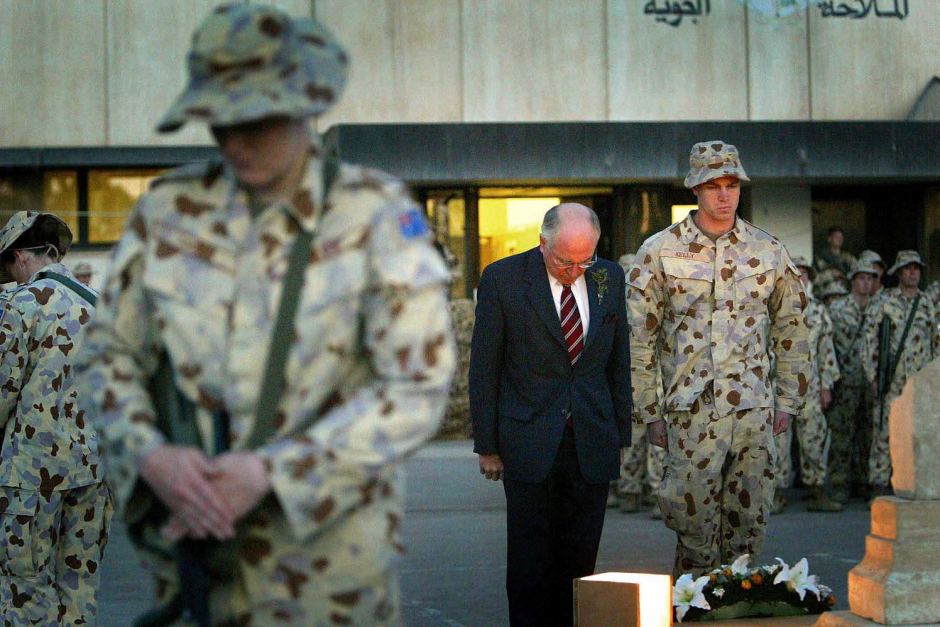 Congratulations on your election to the 45th Federal Parliament.

I write in connection with the Report of The Iraq Inquiry (Chilcot Report), which was released on 6 July 2016. A one-page summary of the Report is enclosed.

In our view there are three key lessons for Australia in the outcome of this very thorough inquiry.

The first is that Australia needs to conduct an equivalent inquiry. The Chilcot Report has laid out a detailed account of how the UK came to undertake, for the first time since the Second World War, “an invasion and occupation of a sovereign State” – a matter Chilcot correctly describes as a decision of the utmost gravity. The people of the UK, and the international community, now know who said what, to whom, and when, what went on inside the British Government, what advice it was receiving from its officials, its military and its intelligence agencies, its interactions with other governments, what matters it took into account in its decision-making, and the quality of its planning. It is now in a position to consider not only the actions of individuals but also the systemic issues that precipitated the disaster in Iraq, the lessons to be learned, and the measures to avoid similar disasters in the future.

The Australian public has no such knowledge. We need it to expose both how we came to be involved in the Iraq war, and the system that allowed our involvement.

The second lesson is that leaving the power to take Australia to war effectively in the hands of one person, the Prime Minister, is far too fragile a basis upon which to rest the gravest decision a nation can take – the decision not only to put young members of the ADF in harm’s way but also to visit death and destruction upon the leaders, soldiers, citizens and infrastructure of another country.

A third lesson is that the Australian Government would do well to pay more attention to its own intelligence agencies. Although John Howard has defended his actions by resort to claimed flaws in the intelligence available to him, neither of the inquiries established by his Government to inquire into the performance of the Australian agencies supports that defence. The December 2003 report of the Australian Joint Parliamentary Committee on ASIO, ASIS and DSD chaired by government MP David Jull found that:

The case made by the government was that Iraq possessed WMD in large quantities and posed a grave and unacceptable threat to the region and the world, particularly as there was a danger that Iraq’s WMD might be passed to terrorist organisations. This is not the picture that emerges from an examination of all the assessments provided to the Committee by Australia’s two analytical agencies[1].

The inquiry led by former DFAT Secretary Philip Flood found that the evidence for Iraqi WMD was ‘thin, ambiguous and incomplete’[2] – hardly a sound basis on which to commit the nation to armed conflict.

Chilcot also made the point that alliance with the United States does not require unconditional support where interests or judgements differ. This is important to bear in mind when we advocate, as we so often do, respect for a rules-based international system. We weaken our advocacy immeasurably when we ourselves depart from the rules.

While on the subject of the alliance with the United States, it is vital to bear in mind at all times that Article 1 of the ANZUS Treaty requires us to act consistently with the United Nations Charter. This means that governments should, in future, ensure that they have independent advice as to the legality of the war to ensure that our actions are not only consistent with international law but do not lead us to breach the ANZUS treaty.

We clearly need to reform the way we go to war. The essential ingredients of a sound system for committing the ADF to international armed conflict, consistent with our Constitutional practice, are, in sequence: Parliamentary deliberations, supported by the tabling of independent legal advice and by intelligence and military briefings to a security-cleared cross-party Parliamentary Committee; an affirmative vote in both houses of Parliament; and authorisation by the Governor-General. In addition, formal advice from the government’s military advisers on the likely impact of military action on civilian populations, together with comparable advice from humanitarian and aid agencies, should be considered at every step, with a requirement for plans to address these impacts. This lesson is particularly stark given the humanitarian catastrophe that unfolded after the invasion of Iraq, predictions of which were accurately made by humanitarian agencies (including in Australia) before the invasion but virtually ignored.

We urge you, in the interests of current and future generations, to take the Chilcot lessons to heart: to support our call for an independent inquiry into the decision-making process which led Australia to join in the 2003 invasion of Iraq, and to assist in the establishment of an all-party Parliamentary Group dedicated to reform of the processes by which the Australian Defence Force is committed to international armed conflict.

We would very much appreciate your feedback either by letter, by email to the address above, or by phone to the mobile below.