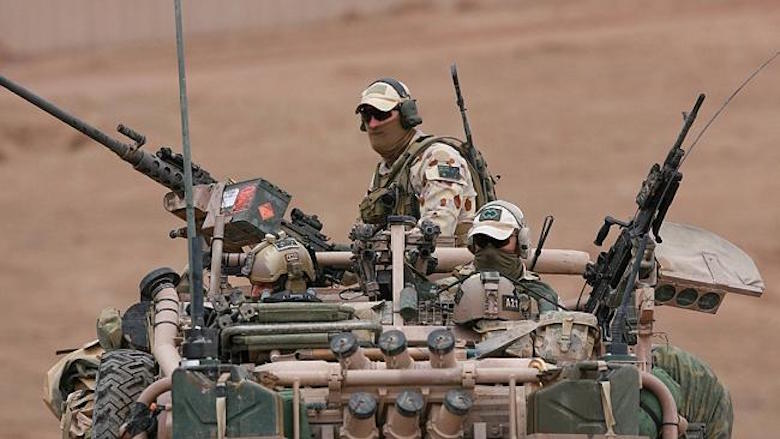 Further to my letter of 1 March 2016, to which I have not yet received a reply, the concerns of Australians for War Powers Reform (AWPR) in relation to the process by which Australians are sent to fight overseas, far from being addressed by your government, appear to be increasingly urgent as we learn of a deeply worrying degree of secrecy surrounding our troop commitments. It is clear from recent comments attributed to Special Operations Commander Australia, Major-General Jeff Sengelman, that our military involvement with the United States is far deeper and wider than the government has ever disclosed. Indeed it goes well beyond ANZUS Treaty obligations and the Treaty’s regional limitations.

Clearly also the United States is engaged in a global war, both overt and covert, and has Special Forces activities in well over one hundred countries – reportedly 135 including those where it has a training presence. It is apparent from overseas sources that the US seeks to engage its ‘allies’ in many of these operations, without geographical limitation. Australia would be one such ally. The US is also increasingly waging its wars with drones, whose control and targeting can involve Australia’s Pine Gap facility in the Northern Territory in assassinations in countries with which we are not at war. The killing of innocent people by drone strikes in such countries is also greatly under-reported.

Our concern is that very little of this is known to either the Australian public, or indeed the Parliament. As Major-General Sengelman is reported to have said (Sydney Morning Herald, 17 April), “I have forces deployed in many locations as we speak. Some you know about. Many you do not.” We would question the appropriateness of Australian Defence Force members being engaged in any armed deployment that has not been disclosed to, let alone debated in, the Parliament.

There are other failures of requisite processes which concern us. Our Special Forces and military instructors are engaged in Iraq without a Status of Forces Agreement and many, we understand, are on diplomatic passports to ensure immunity in case of legal entanglements. As well as being a misuse of diplomatic passports – these people are not diplomats – this situation denies ADF members deployed in Iraq the benefit of treaty-level arrangements defining the circumstances in which they may kill or capture Iraqi citizens or foreign insurgents, or destroy property, or what will happen if they commit a breach of Iraq civil law. We suggest also that over the longer term this misuse of diplomatic passports undermines their protective value for Australian diplomatic personnel worldwide.

Our concerns relating to process are compounded by the fact that under recent practice, ADF members have been deployed without the formal authorisation of the Governor-General, the only person with the Constitutional authority to deploy the ADF into international armed conflict. This makes it difficult if not impossible for ADF members brought before a tribunal to plead that they were obeying lawful orders.

Furthermore, Australia has military personnel embedded with US forces located in the Pacific region. These activities would seem to undermine any credibility for the asserted policy of balancing our relations and interests as between the US and China.

This being an election year we suggest that the government should clarify for the Australian public why so much of the above is concealed from them and what its objectives and sought outcomes are. The matters raised above confirm us in our view that Parliament should be involved in all decisions to deploy the ADF into international armed conflict, and any significant change in the size and nature of the deployment.

In conclusion, we believe that Australia has since the start of this century been too ready to resort to military operations as the solution to complex political religious and cultural problems that are unlikely to benefit from Western military intervention; conversely, lacking in willingness to pursue diplomacy to achieve the desired outcomes or to explore other non-military options; too reluctant to counsel our major ally to exercise restraint, or to ask the necessary hard questions about the wisdom of our ally’s proposed interventions; insufficiently heedful of the likely humanitarian consequences of military action on the civilian populations of the affected countries; and notoriously reluctant to provide international humanitarian assistance commensurate with the scale of our military activities and the destruction to which we have been party. We believe that the involvement of the Parliament in decisions about these matters, and the Government taking the Australian public into its confidence, would produce a better outcome in all of these respects.

Concerning Iraq in particular, Australia has both a moral and an international legal obligation to contribute meaningfully to the repair of the damage done to Iraqi assets and society by and as a consequence of the 2003 invasion. We ask that you review immediately our humanitarian and reconstruction assistance program for Iraq and establish it at a level commensurate with our obligations.