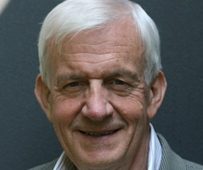 The Defence Department held a memorial event on October 24 for Paul Barratt AO to honour his life and his enormous contribution to defence and public service in Australia.

Friends, family and senior officials gathered in Canberra at the Australian War College at Weston Creek in the ACT, just over a year after his passing.

Paul was Secretary of Defence in the 1990s and was the co-founder of Australians for War Powers Reform, which began in 2012 as The Campaign for an Iraq War Inquiry (CIWI).

The former Chief of Defence Admiral Chris Barrie recorded a video address for the event which you can view here.

Paul’s tireless work for war powers reform is an inspiration for all of us at AWPR, as we continue to campaign for this long overdue change to public policy.

Please visit this page on our website which includes a tribute by Dr Alison Broinowski.