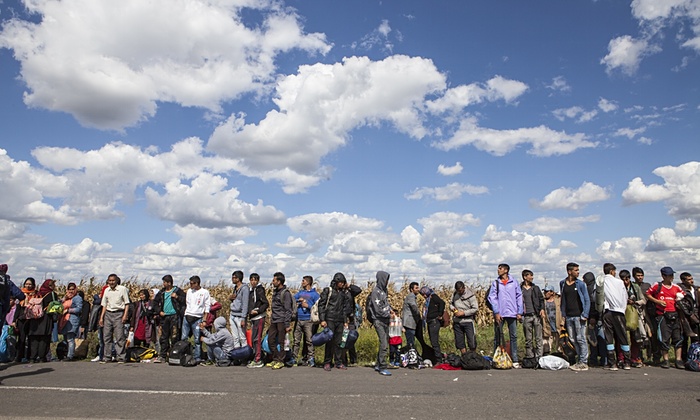 The government should hold back over Syria lest it creates a precedent with longer term risks to the national interest. So far it has not explained the legal basis on which it would proceed to bomb Syrian positions. It is has however been gratuitously but deceptively served by two former Labor Foreign Ministers, Evans and Carr, who in effect have stated that if breaches of sovereignty cannot be excused any other way there is always the “Responsibility to Protect” (R2P) doctrine to fall back on.

As the US asserts that the War Against Terror is global, its armed forces may intervene anywhere, anytime when terror threatens. The R2P doctrine is similarly open ended. Its basis is that governments have a primary responsibility to protect their citizens against violence, but if they do not do so the international community is obliged to intervene and act to protect endangered civilians. This does not require an invitation from the government whose territory is to be bombed or invaded. The obligation, so it is said, transcends the usual norms about the inviolate nature of national sovereignty.

The doctrine was conceived out of Kosovo in the Balkan wars of the 1990s, and tested more fully via the UN Security Council in response to the brutalities of the Gaddafi regime in Libya more lately. But as that response went further than was ‘permitted’ and amounted to an objective of ‘regime change’ it was denounced among others by Russia and China. In effect the doctrine was stopped in its tracks. Without UN (Security Council) sanction it is virtually a dead letter.

To wheel it out now, noble as the concept may be, does little to solidify international law where it needs upholding. Even on moral grounds it would have limitations? Bombing is not subtle. As currently conceived the doctrine lends itself to opportunistic cherry picking as would seem the case now with their sights on wider strategic interests.

Notwithstanding 200,000 deaths at the hands of its government, the situation in Syria is not a simple case of a government abusing its people. It inter-faces with two or more civil wars involving cross-cutting factions, the outcome of which will not only rearrange the modern (post-WW1) political settlement in that region, but also the respective spheres of influence of the regional powers.

In Australia’s case we have a government displaying little historical perspective, or able to distinguish between friend and foe in that area. If we seek to do little more than follow the US wherever it goes, then so be it. But recent history shows how disastrous that path can lead.

R2P may have a place in relatively small, localised situations (e.g. the South Pacific), which is why it is still being advanced by some of our great thinkers. But in a hugely infested region, of global concerns, it has no place in the current reordering of Iraq/Syria and the Levant. But the tone would be raised if Turkey were to cease bombing its own citizens, namely the Kurds, who have proven so far to be the most effective force against ISIS.

As for ‘Collective Self Defence’, a UN concept, this requires a mutual treaty being in existence whereby all parties agree to assist in the defence of the others. There is no such agreement in existence whereby Iraq has agreed to come to Australia’s assistance in the event of an armed attach here. Not exactly relevant in dealing with Syria.

Originally published in ON LINE Opinion.

Image: Refugees on the Serbian-Hungarian border- Antonio Olmos / The Guardian.