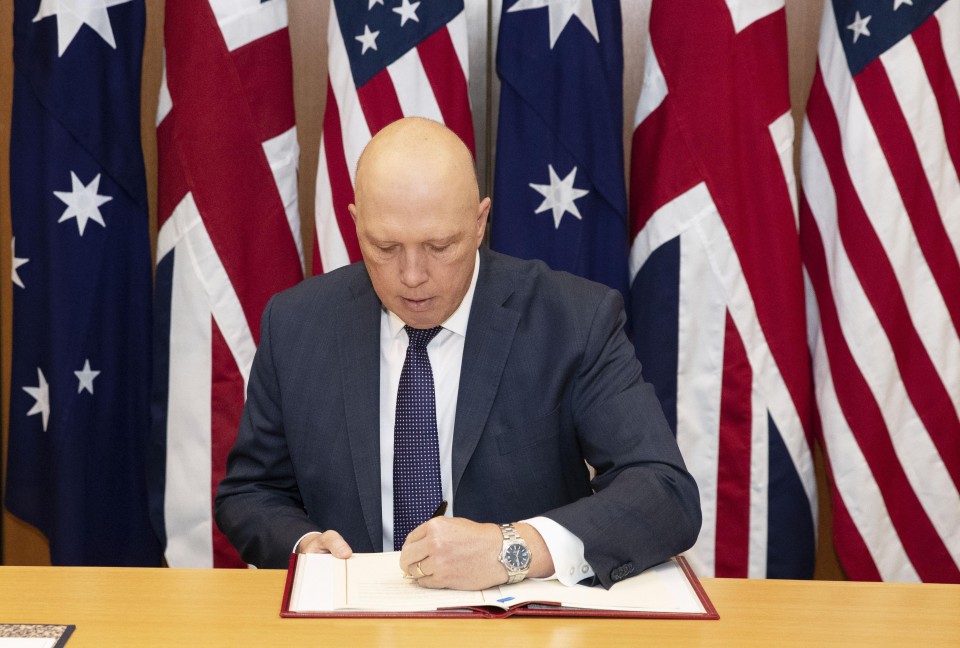 The biggest foreign policy challenges facing the new Albanese Labor Government are AUKUS and the relationship with China. The two issues are bound together. AUKUS, the brain child of the US, is designed to contain China by setting Australia up as a launching pad for cold war confrontation and armed intervention should it come to that. The US wants to use Australia as a significant forward base against China.

It would seem there was never a serious proposal for Australia to acquire nuclear submarines, rather there was a desire to get the French out of the US exclusive zone of operations and prevent them having a joint operational role. The Australians are seen as compliant and passive partners. It also provided the opening for the US to deploy their nuclear submarines in the north, east and west of the Australian continent. Other than optics and some intelligence gathering it is hard to see the relevance of the UK to AUKUS. It is US driven as part of their policy of containment of China, seen by Washington as the biggest threat to US hegemony.

Existing US facilities are being upgraded and new facilities are proposed. Pine Gap is having its capacity doubled to provide greater surveillance of China and to give US forces enhanced war making capacity. The Harold Holt facility at NW Cape is being upgraded, Tindal air force base in the NT expanded and runways lengthened, US Marines have taken over The First Armoured Regiment Lines in Darwin and the Regiment has been relocated to South Australia. Stirling, near Fremantle, and the Port of Darwin and to have improved maintenance and docking facilities and the US are pressing Australia to build a new submarine base on the East Coast.

The north of Australia will be militarised, presumably under a ‘joint command’ arrangement which will have control over land, air and sea movements in a full arc centred on Darwin.

Some Australian military assets will be integrated into the new joint command structure but many Australian assets are not fit for purpose, such as the F35, the Hunter Class frigates, and some acquisitions are difficult to understand, such as the new Abrams tanks. Over the past 25 years there has been little consistency or methodology governing acquisitions raising the question of undue influence on process and corruption.

The unnecessary distractions of Iraq and Afghanistan have deflected attention away from coherent defence planning and strategy, resulting in an over reliance on US objectives and foreign policy imperatives.

AUKUS will militarise the north of Australia and is bound to invoke a retaliatory response from China, with potential for a regional arms race. It will upset the strategic and military balance in the region. AUKUS will give the US even greater influence over Australian governments and governance. It is not going too far to acknowledge potential for considerable loss of sovereignty by Australia.

Under AUKUS activities designed to intimidate and ‘contain’ China will take place from Australia’s shores, air space and territorial waters. These activities could lead to military exchanges or war well before the Australian parliament has time to consider a response and perhaps before members even have knowledge.

It in order to protect its growing military assets in Australia the US will deploy surface to surface and surface to air missiles, these deployments will further heighten tension. The build up of arms and protective measures will ensure that Australia becomes a legitimate military target and an easy target – much easier than the US.

American ships, submarines and aircraft are nuclear armed. They will be homeporting and based at airfields in Australia, particularly in the north. In conjunction with the arming of American military assets with nuclear weapons it might be expected that US nuclear weapons will be stored in Australia.

There is no evidence that China wishes to militarily take over Taiwan. But the American game plan is to claim this as a fact and play up the ‘threat’, most recently by Biden on 23 May, 2022, just prior to the contrived QUAD meeting in Tokyo. It is a two-shoe shuffle, Biden makes this claim to be denied by the Administration two or three days later.

The Chinese Premier, Le Keqiang has offered an olive branch by congratulating Australian Prime Minister, Anthony Albanese, on his election and offering renewed dialogue, as he noted, on the 50th Anniversary of the establishment of relations by Labor Party Prime Minister, Gough Whitlam. Mr Albanese would be wise to respond positively. By so doing he would begin the process of pushing back against the rabid anti-China lobby headed by Dutton and briefed by ASPI.

Bruce Haigh is a retired diplomat and committee member of AWPR.

Inside Story: How, and Why, We Go to War