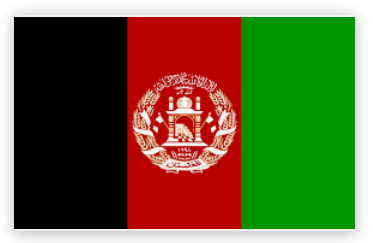 It’s just over a year since the botched US withdrawal from Afghanistan and the situation within the nation is dire. The economy has collapsed, poverty is rife, and the government is ruling with hard line, extremist policies. The 20-year occupation was undertaken by western nations with very little transparency. And now the aftermath of the war is a shambles, as Amir Haidari reports.

After the violent return of the Taliban in mid August last year, the US government seized $7bn worth of assets that belonged to the Afghanistan Central Bank (DAB).

The US government announced that it has frozen these funds in order to “keep them out of the hands of the Taliban and other malign actors”. The money is currently being held at the US Federal Reserve.

In February this year, President Biden proposed a controversial plan to compensate victims of 9/11 from this fund. The plan was to send $3.5bn of this money to Afghanistan for humanitarian assistance while an equal amount would be reserved for the victims of 9/11.

This proposal was met with huge outcry, not only from Afghans but also from the victims of 9/11 families. In an open letter, 80 family members urged the President not to use this money for them and instead send it to the people of Afghanistan.

The letter said “Any use of the $7bn to pay off 9/11 family member judgments is legally suspect and morally wrong”.  It urged the President to “Order and affirm that the Afghanistan central bank funds belong to the Afghan people and the Afghan people alone”. After the outcry, part of this proposal was shelved and the funds remained in the US despite the fact that Afghanistan faced an economic and humanitarian catastrophe.

However, on 14 of September, the US government announced that it would move $3.5bn of these funds to a Swiss based trust, the Bank for International Settlement (BIS). The board of the international trustee, which will oversee this fund, include representatives from the US and Swiss governments as well as two prominent Afghans.

The trustee rightly does not include any members of the Taliban and there are measures in place to ensure that the Taliban doesn’t have access to this fund.

The official justification for the latest plan is that the funds will be used to “reduce suffering and improve economic stability for the people of Afghanistan”, however, the US government also says that this $3.5bn will be used to keep Afghanistan current on its debt payments to international financial institutions, which would preserve their eligibility for development assistance.

No matter the official justification, it is very unlikely that allocating half of this fund to an international trustee would alleviate the suffering of the Afghan people both in short and long term. The money will most likely go to big institutions such as IMF, Swift, the World Bank and the Asian Development Bank to pay their debts.

Therefore, it will have no or little impact on the lives of ordinary Afghans.

In the past, international institutions have deferred debt repayments and even written off debts to help countries in dire financial need. But this time around it seems this option is not being made available.

After the fall of the Afghan government and the subsequent drying up of foreign aid and the flight of capital, the country’s economy virtually collapsed overnight. This year, after years of drought, the country experienced severe floods that destroyed crops, houses and infrastructure.

According to the latest estimates by the World Bank, household income fell 20-30% while approximately 70% of Afghans say they are unable to meet their basic food and other essential needs.

The UN meanwhile also reports that nearly half of the 40 million Afghans face “acute hunger”, and a staggering 3.5 million were still internally displaced until late last year.

Afghanistan is one of the biggest victims of terrorism since the war on terror began in 2001. No country has suffered more due to terrorism than Afghanistan. Freezing its minuscule assets and paying off debts or even making the country “eligible for development assistance” is absurd.

If the West and the US in particular is genuine aout helping the Afghan people, it must allocate at least the remaining $3.5bn of this fund to humanitarian organisations. Unlike international aid organisations who have mostly left the country, Afghan non-for-profit organisations remain active. These NGOs are mostly based in Europe, Australia and North America and are run by Afghans.

They already provide essential short term and long-term humanitarian programs in the country albeit with limited scope. Their activities include providing education scholarships to boys and girls, assisting women shelters, helping victims of terrorism and the internally displaced.

These organisations are mostly volunteer based and have extensive local contacts in the country to administer these funds with minimal overheads and administrative costs. International organisations can also play a big role by monitoring their work and ensuring that these funds are indeed used for the Afghan people and not for any political purposes.

After decades of war and cruelty surely the former occupying powers owe it to the ordinary people of Afghanistan to ensure some decent level of aid. The local population did not choose to have the Taliban as their government. They should not be punished even more.

Amir Haidari is an Afghan-Australian and has a BA and MA in international studies from UNI SA and the University of Adelaide.

We welcome contributions from AWPR members and supporters. These guest posts do not necessarily reflect the views of AWPR.

AUKUS, China and the Militarisation of Australia

Croakey: Chilcot: the costs of war and silence