A message from ADF veterans and families to all Australian parliamentarians

Many hundreds of Australian families are today living with the terrible grief of having lost a
loved one as a result of military service in Australia’s recent wars.

A disproportionate number of those deaths were by suicide. Many more veterans and their
families are living with war’s emotional and physical traumas.

Australia relies on our Defence Force members, via their solemnly sworn oath of allegiance,
to protect us from armed attack.

Going to war is a momentous national decision with potentially devastating consequences for
Australian troops, Australian society and the people in whose countries we fight.

We, the undersigned – ADF veterans and our families – therefore regard Australia as being
obliged to do everything in its power to ensure that ADF personnel in future are not sacrificed
or harmed unnecessarily, and that their families and loved ones know that they are fighting
with the support of the Australian people and Parliament.

Currently a decision for ADF involvement in an overseas war can be made by the prime
minister acting alone. Not only the public but also our elected representatives in parliament
have no say at all in it.

This has not done justice to those who have served in the past and will not do so to those who
may be called on to serve in future.

We urge you, our parliamentarians, to demand that any proposal for Australian involvement
in overseas wars receives scrutiny in parliament followed by your vote, to ensure that ADF
actions have the widespread support of the Australian people as expressed through
parliament.

We ask you to change Australian law so that our armed forces cannot be sent to an overseas
conflict without the approval of our parliament. There are no impediments to this legislation
that cannot be resolved.

The welfare of those who come after us in serving Australia militarily depends on it, as does
our democracy. 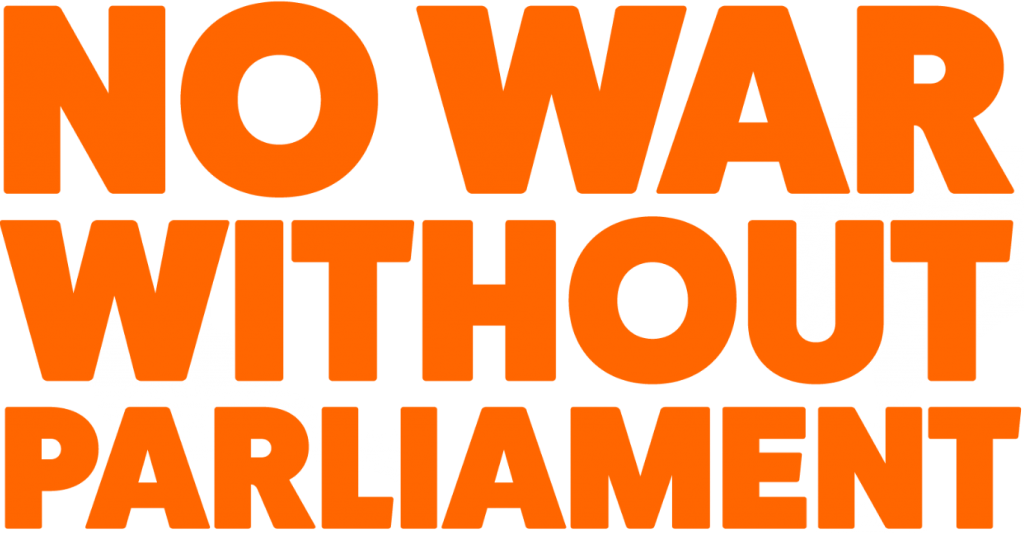