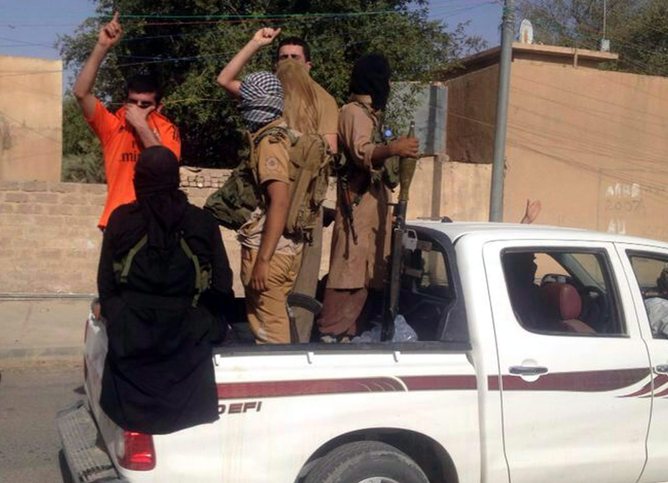 epa04250426 Iraqi Sunni gunmen drive in a pickup truck on a street in Tikrit, northern Iraq, 11 June 2014. There were conflicting claims as to the fate of Salah al-Din’s provincial capital Tikrit, with state television quoting security officials as saying they had retaken it from militants of the Islamic State in Iraq and the Levant (ISIL). Iraq’s air force went into action against militants who have seized a swathe of the north including the country’s second largest city Mosul, state television reported. Alsumaria television earlier reported that ISIL had seized the city, 170 kilometres north of Baghdad. EPA/STR BEST QUALTY AVAILABLE