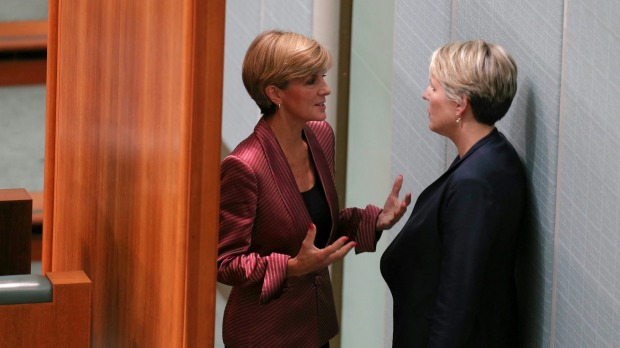 It is a democratic principle that debate is essential to good policy. Dispute has a refining effect on ideas.  Moreover, one of the purposes of an election campaign is to allow the public to understand where our government or potential government is taking us and what it will cost. There was a time when foreign and defence policy were central to the pre-election debates in Australia.  This was a time when party differences led discussion and, in the process, illuminated the issues for the electorate. Such scrutiny forced governments to be alert to public opinion regarding what they did and what they said.

No more. Since the end of the Cold War and the end of ideological differences, the major parties have closed ranks not just on asylum seekers, but also on the American alliance, security policy, regional relationships, aid and our seemingly endless incursions into the Middle East. These are areas of government policy that affect the life and death of our soldiers, of asylum seekers, of the people of Iraq, Afghanistan and Syria. These are expensive areas of government and deserve much closer scrutiny than they currently get. For example, the public has no understanding of the strategic reasons for the $50 billion expenditure on the submarines.  All the focus has been on jobs.

Our debates stop at the border.  Australia has become inward looking and domestically focussed.  This is necessary and right to an extent.  However, we believe the silence on issues of foreign and defence policy is damaging to our national interests, our national independence and our international identity.

Since Vietnam (and perhaps because of it) we have rarely seriously debated the wisdom of major foreign policy decisions, either before or after events.  For example: Nationally, there seems to have been a growing consensus that the Iraq War of 2003 was a folly and that it has catastrophically destabilised the Middle East, but where is the formal examination of how that decision was made?  Before the war, there was limited parliamentary debate and it is significant that the Parliament had no power to affect the Government’s decision. Overall the Government’s attitude was one of somewhat impatient condescension.  After the war commenced, the parliamentary committee on intelligence reviewed the pre-war intelligence and found it had been misused, but no inquiry followed to establish accountability for the political decision-making.  We have since drifted back into Iraq with little or no debate.  Is this folly piled upon folly?

In this election, should not one leaders’ debate be set aside for Foreign, Defence and national security policy and the intersection between them. This occurs in the United States.  By not doing so here, are we saying that our decisions are not our own and therefore not worth talking about?

Is it time to ask what the parties see as their strategic vision for Australia?

What is the Defence Force for and what should it be configured to achieve?

What view do they take of our participation in the UN and its agencies and the various UN treaties we have signed?

What is their perspective on the US Alliance?

How would they deal with the rise of China and the conflicts in the South China Sea?

What policy response should Australia make to the tensions between China and Japan in the North China Sea, especially if they led to conflict?

What role do they see development assistance playing in our relations with the Pacific and South East Asia?

How does our asylum seeker policy affect the internal and economic stability of Nauru and PNG or our relations with Indonesia, Malaysia or Cambodia?

What is the human and financial cost of our asylum seeker policy, both boat turn backs and detention?

Why and when did the Government decide to return to Iraq?

What is the legal basis of our current involvement in Iraq?

What are we trying to achieve in Iraq?

What is the cost financially or in personnel of our involvement in the Middle East – Iraq, Afghanistan and Syria?

What is the relationship between terrorism and war?

Should whoever is elected agree to review the policies of the Australian government in taking Australia to war in Iraq in 2003 and in Iraq and Syria in 2015? Why has there been a similar pattern in the decision making in both cases?

The release of the Chilcot report into the decision by the UK to go to war in Iraq is imminent.  Where there is a policy failure of the dimensions of the 2003 invasion of Iraq, a public inquiry to understand how this happened is fundamental.  Do Australians not deserve to know?