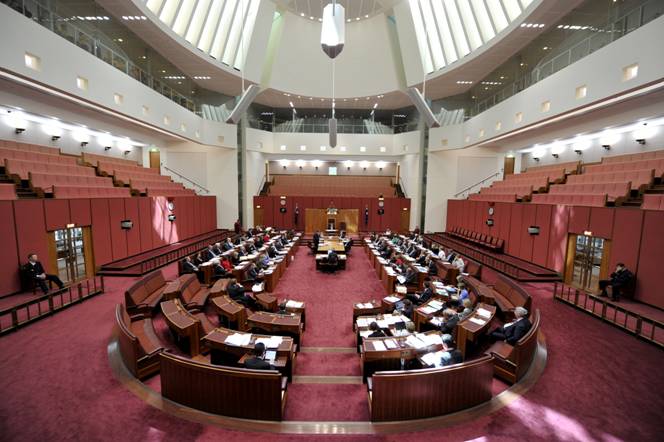 Australians for War Powers Reform (AWPR) welcomes the Bill introduced to parliament today to reform the way in which Australians can be sent to war.  The issue of who should decide when the country goes to war has been of great concern to many Australians, especially since PM Howard made the disastrous decision that we would join the 2003 invasion of Iraq, a decision that implicates Australia in the ongoing humanitarian and political mess in the Middle East. Our involvement in the war has also exposed Australians to significantly greater risk of terrorist attack.

Greens Senator Scott Ludlam’s introduction of the war powers’ bill on Thursday follows recent renewed media and other interest in calls for an Iraq War Inquiry to establish the process by which our decision-making failed us so dramatically in 2003. The bill is expected to open up discussion within parliament on this most critical issue.

AWPR Vice-President Dr Alison Broinowski said “Australians have a historical opportunity to right the wrongs of the past in sending troops to war, the most important decision any government can take. The disastrous example of the Iraq war shows that we must inquire into what was done and install democratic oversight to ensure that it is never repeated.”

AWPR advocates parliamentary debate of any proposed deployment of the ADF into international armed conflict, because without it critical issues are not addressed.  Several essential steps include:

AWPR states that the Governor-General alone can issue lawful orders to the ADF to deploy into international armed conflict. This did not happen in 2003, nor or in any of the deployments to the Middle East since then. Without such authorisation, ADF members have no defence of “following lawful orders” if they are accused of criminal acts during the course of their deployment.